Another 507 COVID-19 cases were confirmed by the state Thursday, with more than 1,150 between Miami-Dade and Broward

Hundreds of new coronavirus cases were confirmed in Florida Thursday bringing the state's total to just under 2,500, as six more deaths related to the virus were reported.

Among the cases of COVID-19 that were confirmed in the state are 2,359 Florida residents and 125 non-Florida residents, according to the Florida Department of Health. It was 507 more than Wednesday's figure. 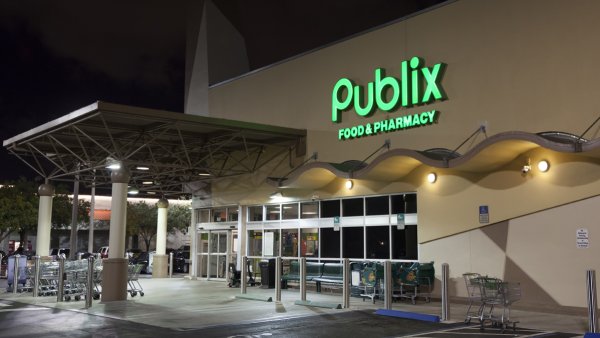 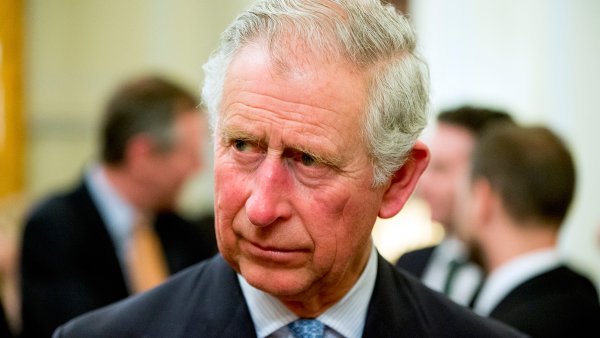 Six more deaths were reported in the state Thursday, bringing Florida's total to 29.

The Department of Health announced Tuesday that a baby boy and a 2-year-old girl have tested positive for COVID-19 in Broward County.

The health department’s data listed the boy’s age as zero, making him the youngest person in the state known to be ill with the disease. The girl is the second 2-year-old girl in Florida to test positive for coronavirus.

Gov. Ron DeSantis spoke at an event in Orlando on March 25 with the latest news on the spread of the coronavirus.

Gov. Ron DeSantis has said he expects the number of diagnosed cases will continue to rise as testing sites open around the state for people suspected of having the disease and others who are at high risk of contracting it, such as health care workers.

The disease is also taking a tough toll on the state's economy, with 74,000 residents applying for unemployment benefits last week, a tenfold increase over the week before. Since then, the state's tourism industry has essentially shut down and restaurants have been restricted to takeout and delivery.

Officials from Miami-area hospitals said Thursday that they were treating crew members from two Costa Cruise ships, the Magica and Favolosa. Carnival Corp., which owns the cruise line, said the ships are empty except for crew members.

Both vessels were both last in port at the Caribbean island of St. Maarten: the Magica on March 17 and the Favolosa on Saturday, according to vesselfinder.com. About 30 crew members had shown flu-like symptoms, Carnival said in a news release, but the hospitals said only about a dozen had been evacuated from the boats.

The Coast Guard, Customs and Border Protection and local agencies were working to get the sick crew members to shore.

NBC 6's Johnny Archer has more on what is next for the city amid the coronavirus pandemic.

The news comes as President Donald Trump approved a disaster declaration for Florida Wednesday. Earlier this week, DeSantis had asked Trump to declare Florida a disaster area, saying the coronavirus outbreak is having a “drastic effect” on the state's economy and medical providers.

The declaration makes Florida eligible for federal aid and makes federal funding available for crisis counseling for affected people. This is no hurricane, but DeSantis wrote that the state's medical system is already burdened and the situation will get worse.

“The process of triaging and isolating affected individuals is significantly disrupting lifesaving and life sustaining services," DeSantis wrote. "Additionally, the insufficient medical resources and capacities of medical facilities, and the already limited number of qualified medical personnel will only continue to rapidly deplete as the impacts of COVID-19 continue to spread.”

DeSantis added that a survey of more than 6,600 businesses shows more than half have laid off employees, totaling more than 40,400 people. He also said requests for unemployment benefits have spiked, to 130,000 in four days last week, compared to 28,000 for the entire previous week.

At a news conference Wednesday, DeSantis said Florida's hospitals were at about 35 percent capacity for bedspace, but officials were working to make more available.

"We're not seeing the hospitals fill up but that's something that we obviously want to be ready for," DeSantis said.

Meanwhile, some of Florida's harder-hit municipalities ordered all their residents to shelter-in-place on Tuesday after DeSantis argued against a statewide order and blamed people flying in from New York and New Jersey for potentially spreading the coronavirus.

In the City of Miami, a "shelter in place" order went into effect late Tuesday. Officials said all "non-essential" travel within the city is prohibited, with the exception of traveling to grocery stores and pharmacies, to work in support of "essential activities," and to perform essential services to homes, such as repair, landscaping and pool services.

Miami officials later approved a curfew, which will run from 10 p.m. to 5 a.m.

A family from Miami is stuck in Peru and is struggling to find a way home after the country closed its borders due to coronavirus. NBC 6's Alyssa Hyman reports.

“People should only be outside for exercise and attending to their necessities like shopping for groceries or visiting a pharmacy,” Miami Beach Mayor Dan Gelber said in a statement. “It won’t be like this forever, but for now in a community like ours this makes the most sense.”

Officials are restricting travel on the only two roads leading into the Florida Keys from the mainland. Monroe County announced Tuesday that southbound traffic stops will be in place near the county line on U.S. 1 and on State Road 905 by early Friday. The stations are meant to reinforce the island chain's previous closure to visitors and non-residents.

Orange County Mayor Jerry Demings said Tuesday he is issuing a stay-at-home order for the county that includes Orlando. The order goes into effect on Thursday.

Gainesville and surrounding Alachua County, where the 36 confirmed cases include college students returning from Spring Break, also issued “stay at home" orders on Monday. Gainesville is the home of the University of Florida and a community college. All schools in Florida are closed.

Company officials said Tuesday that they are extending the closure of Universal Orlando Resort and Universal Studios Hollywood through April 19. The company had originally planned the closures through the end of March.

DeSantis issued an executive order Monday requiring anyone arriving on a flight from the New York City area to self-quarantine for two weeks. State officials did not immediately return calls Monday evening seeking information on how many of those diagnosed in Florida recently arrived or returned from New York or had contact with someone who did.

The virus causes only minor flu-like symptoms in most people, who recover in a matter of weeks. But it is highly contagious and can cause severe illness or death in some, particularly the elderly and those with underlying health problems. Severe cases are often only able to breathe with respirators, stressing the health care system's capacity to respond.

Still, DeSantis said Monday he wants to avoid imposing a statewide lockdown like California, New York and other states have done, because he still believes focusing the most extreme measures on counties hardest hit by the virus is preferable.

DeSantis did advise all people 65 and older or anyone with underlying medical conditions to stay home.

About half the state's reported COVID-19 cases are in Miami-Dade, Broward and Palm Beach counties. But testing remains limited and has yet to show any cases of the virus in a third of Florida's 67 counties. Another third have reported only a few.

“It would be a very blunt instrument. When you’re ordering people to shelter in place you are consigning a number – probably hundreds of thousands of Floridians to lose their jobs,” DeSantis said.

Some Florida Democrats are calling on the Republican governor to impose a statewide stay-at-home order, but DeSantis said states that have done so have seen large numbers refuse to comply. He said such people realize ”a governor is not going to start imprisoning people just because they leave their house.”

DeSantis has ordered such statewide closures as bars and gyms, and limited restaurants to takeout and delivery. State parks have been closed. But some counties have gone further, closing not only nonessential businesses but also beaches, marinas and some other public areas.