A former Broward Sheriff's Office deputy who was fired and charged with battery over the arrest of a teenager in Tamarac last year told his version of what happened over a virtual court hearing Thursday afternoon.

Former Deputy Chris Krickovich testified that the situation in the Tamarac plaza that day in April of 2019 was growing out of control.

“It was utter chaos,” Krickovich said.

Krickovich and another deputy are saying the charges against them should be dropped because they were in fear of being seriously hurt and were standing their ground.  Krickovich told Broward Judge Jill Levy that the situation was so bad at the shopping plaza that he didn’t even want to get out of his police unit. His claim about how fearful he was is key in the determination if he will be granted "Stand Your Ground" immunity. 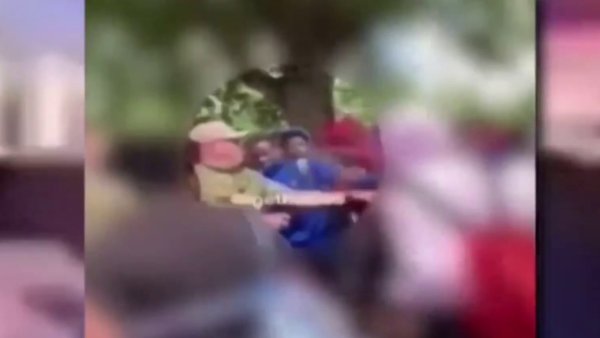 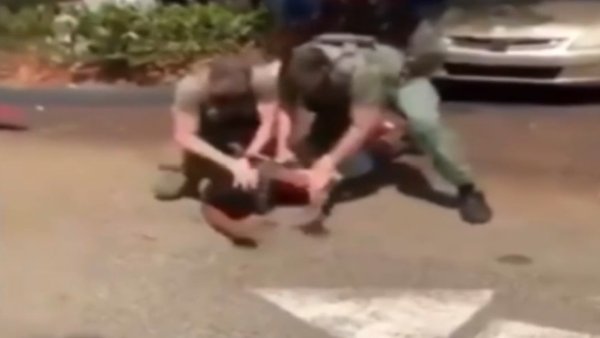 The former deputy, who hopes to get his job back, described his police work leading up to the day when a viral video showed him on the back of then 15-year-old DeLucca Rolle. In the video, he's seen pushing Rolle’s head into the pavement.

Krickovich and the other deputy seen in the video, Sgt. Gregory LaCerra, were charged with battery.

Krickovich’s defense attorney Jeremy Kroll asked him, “Did you feel scared about everything that was going on out there about these calls?"

Kroll also played a social media video in the plaza, one Krickovich said he saw the day before his encounter with Rolle. The video shows a brawl with teens fighting. “I was in awe. My jaw dropped,” Krickovich said.

But the following day, he did walk out into the parking lot and Krickovich demonstrated what he says Rolle did when they crossed paths.

“His body was bladed to the right. His fist were clenched,” Krickovich said.

Krickovich’s said he thought Rolle was going to strike LaCerra. He testified that due to the situation, he took the action seen in the video to protect himself and LaCerra.

“The scene blew up. It felt so dangerous and so chaotic. I knew that I needed to get on top of Mr. Rolle immediately,” Krickovich said.

Kroll asked Krickovich if he intended to harm Rolle out of frustration or anger.

“Absolutely not—my intent was to protect myself and my deputies on scene and my Sergeant. Sorry, the situation felt dangerous. It was chaotic and again as I mentioned before it was deteriorating,” Krickovich said.

Krickovich also said he was aware of other deputies who had been attacked in the plaza. Prosecutors say what they did with Rolle crossed the line and was excessive force, but Krickovich and LaCerra say they should be immune from prosecution because they were standing their ground.

Judge Jill Levy will have the Zoom hearing back in session Friday morning where the prosecutors and defense attorneys will make their final arguments. The prosecutors have the burden of convincing Judge Levy the two men charged don’t deserve the "Stand Your Ground" immunity.