Miami Beach Police officers used pepper balls to disperse a large crowd after a wild fight broke out at a restaurant on Ocean Drive Thursday night.

According to arrest reports, officers responded to Kantina Restaurant at 834 Ocean Drive in response to a fight. 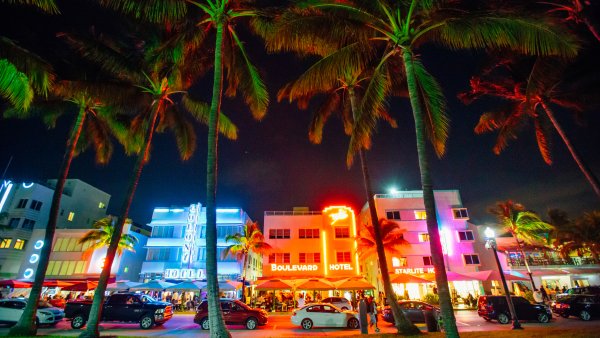 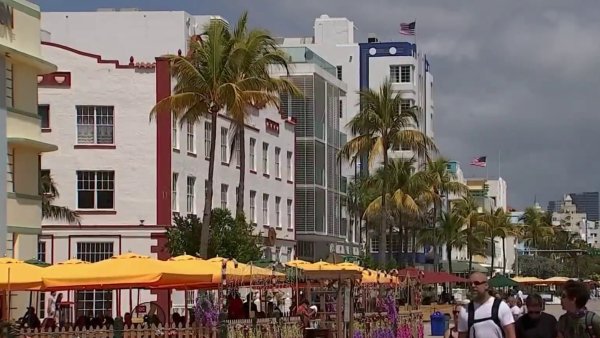 Cell phone footage from a witness who was at the restaurant showed fists flying and people scrambing to get away from the fighters.

A restaurant server told police that tables were being overturned and silverware was being thrown as weapons, the arrest reports said.

"Pepper balls were deployed against the ground to disperse the large crowd," the police reports said.

NBC 6's Ari Odzer has the latest on a fight that erupted in Miami Beach, resulting in several arrests.

Police said multiple people were arrested for disorderly conduct at the scene.

Miami Beach officials have vowed to crack down this year on what they say are out-of-control spring break crowds, adding more officers, enforcing laws more stringently, and closing streets.

Despite the new measures, there has been some violence reported, including a fatal shooting of a man earlier this week.

“Listen, I hate what I’m seeing as the mayor, as a resident, and someone who loves this city, and we’re doing everything we can with volume policing, we’re arresting dozens and dozens of people every single night to try to create a sense of order," Miami Beach Mayor Dan Gelber said Friday.

Gelber said things are mostly peaceful during the day but the issues begin after sundown.

"You know, it’s very challenging, we got a huge number of people coming every day, we may be the only place that’s open to a lot of them, cheap air fare, discounted rooms, our streets are getting gridlocked too often and of course even though a small percentage are really problems in terms of their conduct, a small percentage of a lot of people is a lot of people, so it’s been challenging for our cops," Gelber said.

Gelber also reiterated his calls earlier in his week for major changes to the city's entertainment district.

"Listen, I’m not the mayor in 'Jaws,' I’m not gonna say 'everything is great.' This is really challenging, it’s very disappointing, and I can’t stand it and until we get rid of this district as an anything-goes district this is what we’re gonna have to try to manage," Gelber said. "We don’t need 145 bars that are open ‘til 5am, that tells the world 'we’re open all night, come and party hard, do whatever you want,' that’s not what we should be, we want to be a cultural destination with beautiful restaurants, great hotels, shopping, art, galleries things like that and we can do that."