Crime has been on the rise in several major metropolitan areas, and a five-day spree of gun violence has South Florida law enforcers concerned it could be happening here, as well.

A series of shootings in Miami-Dade County over the Memorial Day weekend has law enforcement concerned the spike in violent crime seen in many major American cities could be taking hold here.

"I will not allow this community to become like other cities that are having problems," said Miami-Dade Police director Alfredo Ramirez III. "We’re not going to have that here."

But a review of recent shootings reveals, to some degree, we do have a problem with gun violence in South Florida. 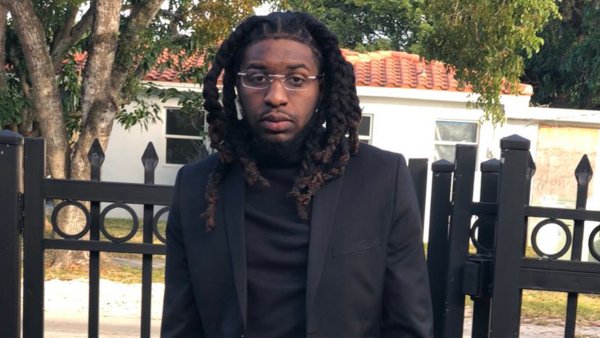 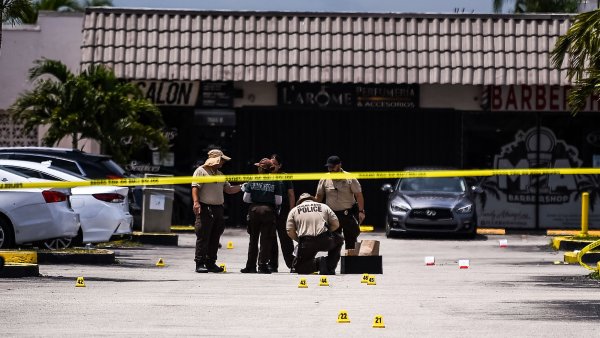 Sunday morning's mass shooting outside El Mula banquet hall -- which killed two and wounded 21 -- was just the largest of the shootings dating back to Thursday.

That's when a man hanging out of a moving car window shot wildly at another car, hitting two occupants and grazing a bystander as the cars rolled into the Casino Miami parking lot.

Friday night, 25-year-old Quinton Valbrun was shot and killed as gunmen opened fire on people standing outside a rented event space in Wynwood.

"We want the world to know Quinton was such a kind and gentle soul," his family wrote on social media, decrying the "senseless act of violence."

A manhunt is still underway for the suspects who fired into a crowd outside of a banquet hall in Miami-Dade. NBC 6's Johnny Archer reports

Add to the list a shooting death Tuesday in Golden Glades, two wounded by gunfire Monday night in Miami Beach, an accused armed robber shot to death by one of his also-armed victims near Midtown on Monday and you might sense a pattern.

University of Miami chair of sociology, Dr. Alexis Piquero, does.

"I think we're seeing a trend," he said. "The pandemic changed all of our lives. There’s no playbook for how to deal with that. So we know very well that there’s stress, anxiety and anger that was starting to fuel in the middle part of 2020."

A report from a national commission on COVID and crime traces the increase in homicides in dozens of cities to before the pandemic led to massive shutdowns. And it found homicides increasing in 2021, the second straight year of increases during the first three months of the year in those cities, which do not include South Florida

"We’re still seeing these trends continue into the first half of 2021," Piquero said, including in South Florida.

He said the pandemic is likely not the only factor behind the rise, noting record interest in firearms purchases suggests more guns are in more hands than ever.

And, he cautioned, the typical summer peaks in violence are yet to come.

"And that’s what has policy makers and local officials and just all of us as community members, or even as criminologists, worried about the trends that are happening not only in Miami-Dade but nationwide," he said.

Through May 23, there were 41 homicides reported in unincorporated Miami-Dade County, the same number as of that date last year. But last year saw a big increase in homicides over the recent averages.

Now police are bracing for the fallout from one or more of the recent attacks, including especially the indiscriminate targeting of the crowd outside a music release party Sunday morning at El Mula banquet hall.

"As you know with these types of crimes we’re going through right now, there are retaliations and we cannot have that," said Ramirez, the police director.