South Florida and the rest of the state is making a major push toward closing spaces where the public gathers amid the growing concern with the coronavirus crisis. 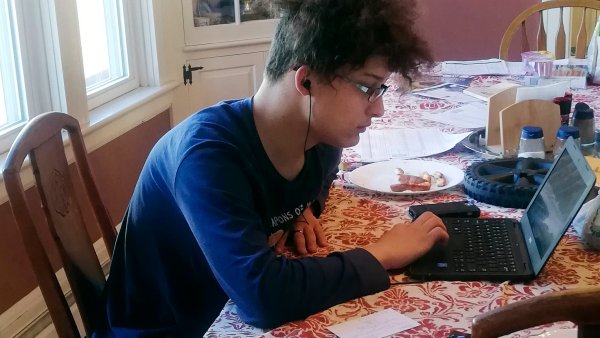 Tips for Effectively Working From Home When You Have Kids

“We don't want large crowds congregating right now. We want enough isolation so that the virus has more difficulty spreading throughout the community,” DeSantis said at a Tuesday morning news conference at the Capitol.

The virus has infected more than 170 people in Florida, killing five.

DeSantis also said he's asking Florida's university board of governors to require students to return home for remote learning for the rest of the spring semester. The state's university system later said it was canceling traditional cap-and-gown graduation ceremonies in May, and directed campuses to reschedule or devise alternatives.

"This is the floor for Florida for the foreseeable future," DeSantis said.

Miami-Dade officials announced an emergency order for the closure of all restaurants, bars, clubs, gyms and any establishment with seating for more than eight people. The establishments can still operate their kitchen for food deliveries.

Miami-Dade Mayor Carlos Gimenez signed the emergency order but was absent from the news conference as he remains in self-quarantine after being exposed to a Brazilian government official who later tested positive following a visit to South Florida.

The news comes after cities including Miami and Miami Beach announced closures aimed at keeping people away from large groups in an effort to stop the expected increase in numbers of people confirmed to have the virus.

Miami Beach Mayor Dan Gelber announced similar orders, saying that the closures would take effect at 11 p.m. Tuesday and added that take-out and delivery services would remain operating during the time.

"We need to start doing this now so we can get out of this dark moment as fast as possible," Gelber said, adding that supermarkets and drug stores would be exempt from the mandate.

In the emergency order, all movie theaters, concert houses, auditoriums, playhouses, bowling alleys, arcades, gymnasiums and fitness studios will close with the exception being any that have a capacity of 10 people or less.

The City of Miami tweeted that anti-social is the new social. Miami Mayor Francis Suarez, who tested positive for COVID-19 last week, told media outlets he plans to order all restaurants in the city to close their dining rooms and only offer takeout and delivery services. A final decision was expected Tuesday, with the bans going into effect Wednesday morning.

Miami-Dade currently has over three million residents with over six million people living in the areas including both Broward and Palm Beach counties.

In Fort Lauderdale, Mayor Dean Trantalis announced a similar 30-day closure of all bars and restaurants, except for food takeout.

Monroe County says it will scale down all "non-essential" operations while following state rules, closing all bars Tuesday for at least 30 days.

The University of Miami announced Tuesday it would extend online classes through the end of the spring semester and partially close on-campus housing starting March 25th.