Miami-Dade Police responded to a Hialeah school Wednesday after it received a social media threat, the latest in a series of online threats against South Florida schools that have led to at least four student arrests this week.

The threat was received at Mater Lakes Academy on Northwest 87th Avenue. 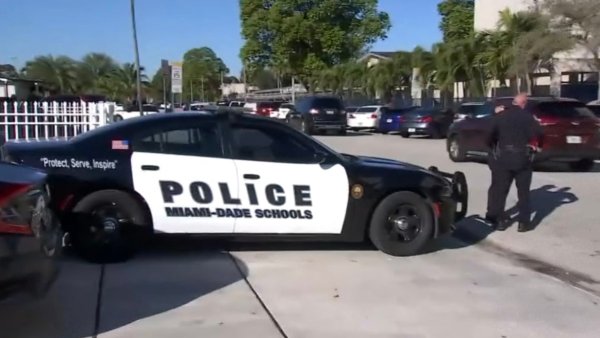 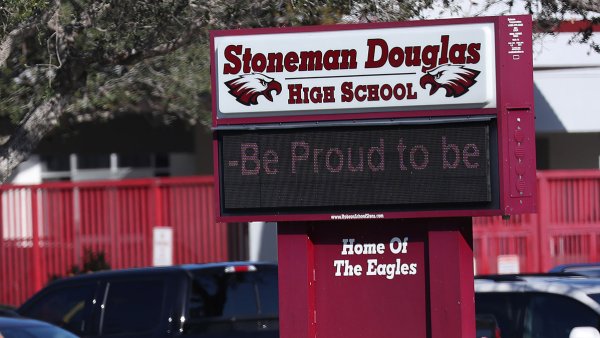 Footage showed what appeared to be parents waiting outside the school entrance. No other information was known.

The reported threat is just the latest in a series of several made against South Florida schools in recent days.

At least four Miami-Dade students have been arrested this week for social media threats made against high schools, authorities said.

All four students are facing felony charges of written threats to kill or do bodily harm, according to arrest reports.

On Monday, a 16-year-old girl who's a senior at Miami Northwestern Senior High School was arrested after making threats on Instagram.

According to an arrest report, the girl sent messages to students from the username "MiamiSchoolKiller" that said "Don't go to school tomorrow, I will blow up Miami Northwestern Senior High School and you will be first to die."

Also on Monday, a 15-year-old boy who attends Miami Senior High was arrested after posting a threatening message on social media.

"I am going to kill everyone at Miami Senior High School, Do not go to school if you want, if you don't want to die on Dec. 6, everyone is going to see the anger inside of me," the boy wrote in Spanish, according to an arrest report.

The parents of the 15-year-old said in an interview Monday night that their son was hacked and is innocent.

"We did not expect that this situation was going to get out of hand, as it did," the father said. "We saw it as one more hack, of any Facebook account or Instagram. The truth is that the police took this as a very serious crime."

On Tuesday, it was learned that a third student, a 17-year-old boy who attends Hialeah-Miami Lakes Senior High School, had also been arrested.

An arrest report said the boy posted on social media Monday "I'm going to blow up the school as soon as I get there so be ready tomorrow morning."

He was arrested at his Miami Gardens home early Tuesday, the report said.

On Tuesday afternoon, a fourth student, a 14-year-old girl who attends Braddock Senior High School, was arrested on similar charges.

Other schools have been affected by threats, with Hialeah High School having an early dismissal on Tuesday following a brief lockdown for a reported threat.

In a statement Monday, Miami-Dade County Public Schools officials said they have been investigating more than a dozen school threats since last week.

The threats, that are made mostly on social media, don't appear to be credible, but in an abundance of caution, there will be additional police presence at several district schools, officials said.

"We urge parents to speak to their children about how reckless actions could result in severe consequences, including criminal charges and a recommendation for expulsion," the statement read.

Meanwhile, in Broward County, school district officials said they are investigating a generic threat but said they believe it's another hoax or copycat incident.

Last week, a student at Marjory Stoneman Douglas High School was arrested after threatening a shooting at the school, which was the site of a 2018 mass shooting that left 17 dead.