In a state famous for election recounts, just 9 votes separated the leading candidates Wednesday in the Democratic primary in South Florida for the U.S. House seat of the late Alcee Hastings, elections officials said.

By law, that means there will be a hand recount of ballots that tabulating machines read as having no votes or too many votes to determine if there is evidence of voter intention.

"We believe that once we go through the recount that the numbers are going to more or less hold," Scott said Wednesday. "It is so close that I would say it is a tossup, it’s too close to call, but the numbers won’t change very much but they don’t need to change much because it’s only nine votes separating the two candidates."

“I'm hopeful this lead will hold through the recounts,” Holness said in a phone interview. “Certainly they are big shoes to fill. The congressman was really a powerhouse when it came to his ability to express himself. A great orator ... I was very close to the congressman. He was a mentor.” 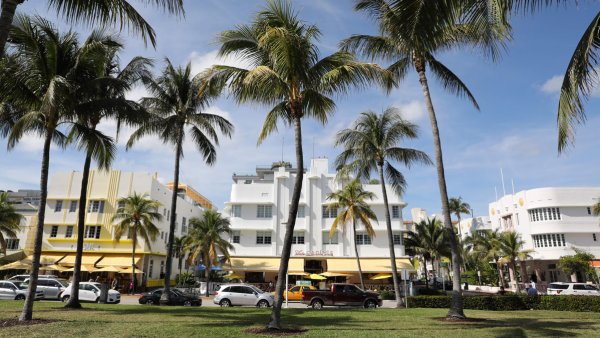 While ballots cast by members of the military and other overseas Florida residents can be counted if received within 10 days of the election, that number is expected to be small.

Unofficial returns showed Holness with 11,644 votes and Cherfilus-McCormick with 11,632 votes.

"At this time we will not be doing any interviews as we wait for the confirmation of the election results following the recount," Cherfilus-McCormick's campaign said Wednesday in a statement.

"You get used to a lot of things in politics but I've never been in as close an election as this," Holness said.

In 2000, George W. Bush had to wait more than five weeks to be declared the presidential winner over Democrat Al Gore as Florida went through a painstaking recount that was finally ended by the U.S. Supreme Court.

And in 2018, there were recounts in three statewide races for governor, U.S. Senate and agriculture commissioner.

“I'm pretty confident, I'm not over confident. Anything can happen,” Holness said. “Based on historical data, usually those votes hold.”

Businessman Jason Mariner won the Republican primary, but he is considered a longshot to win the general election in the overwhelmingly Democratic district.

Turnout was about 16%. The district is more than 61% Democratic and about 13% Republican. In the 2020 election, Hastings earned 78.7% of the vote to defeat Republican Greg Musselwhite, whom Mariner defeated in this year’s primary.

Cherfilus-McCormick loaned her campaign more than $3.7 million and far outspent the other Democrats in the race.

The district is nearly 54% Black. Every Democrat on the ballot is a person of color, while the two Republicans are white.