Sanctions Swing Toward Putin Himself as Ukraine Anger Grows

Russian President Vladimir Putin is the latest target of sanctions over the invasion of Ukraine, with the United States, Canada and European allies announcing they are adding direct measures against him and his foreign minister. Russia on Saturday warned it could react by opting out of its last remaining nuclear arms pact and cutting diplomatic ties.

With Russian forces on the outskirts of Ukraine’s capital, diplomatic appeals appeared to come second to imposing financial pain on Russia as global condemnation — and frustration — grew.

"This war will last, and all the crises that go with it will have durable consequences,” French President Emmanuel Macron said.

Acknowledging the same, the Biden administration said it was sending Ukraine up to $350 million in arms and other defensive supplies from U.S. Department of Defense stockpiles, with another $250 million in defensive support possible. The Czech Republic also approved a plan to send more arms to Ukraine.

Psaki said President Joe Biden hadn't planned any more direct diplomatic overtures toward Putin, but "it does not mean we have ruled out diplomacy forever.”

She said the U.S. would also newly sanction the Russian Direct Investment Fund, which functions as a sovereign wealth fund meant to draw capital into the Russian economy. 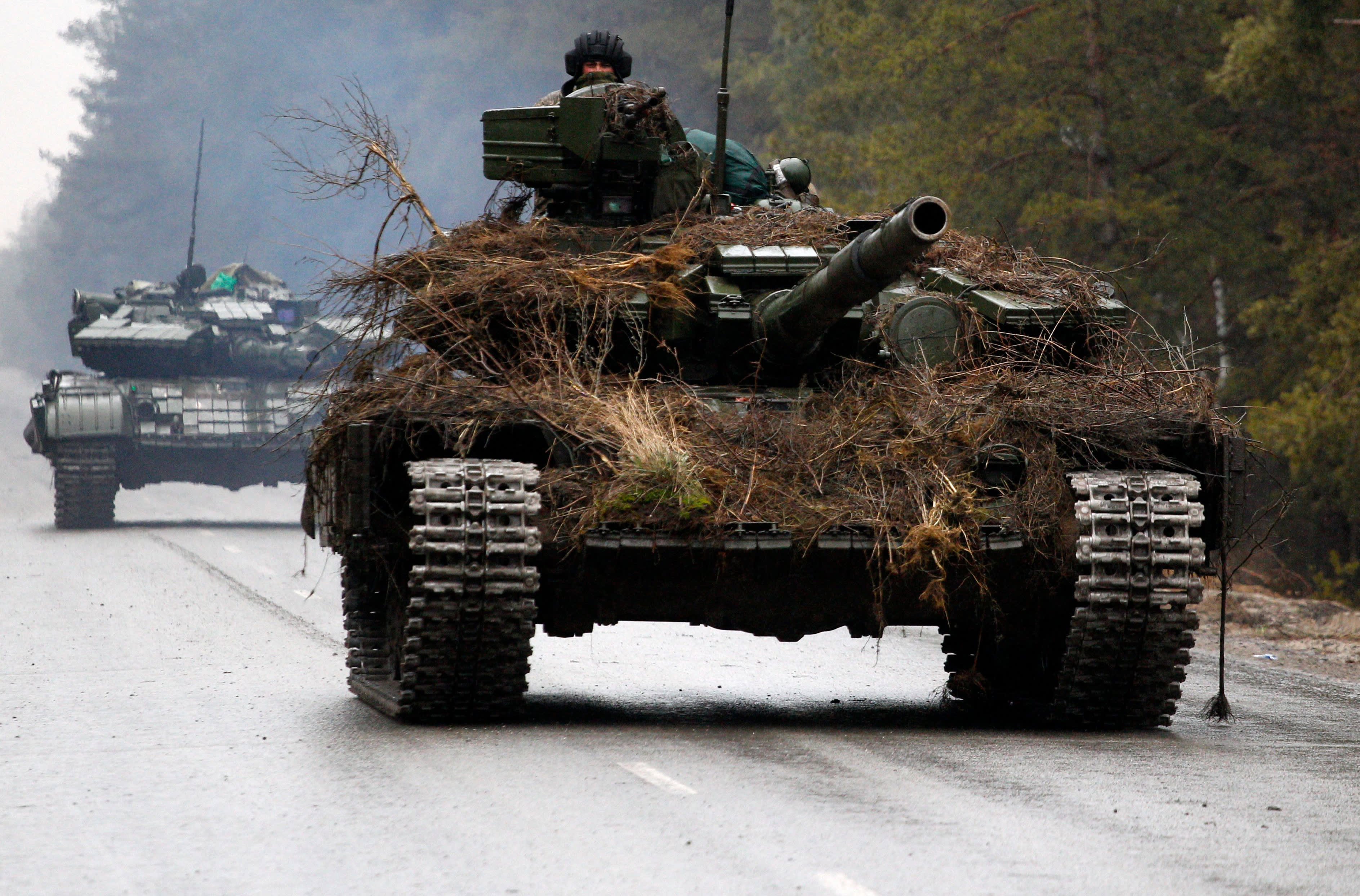 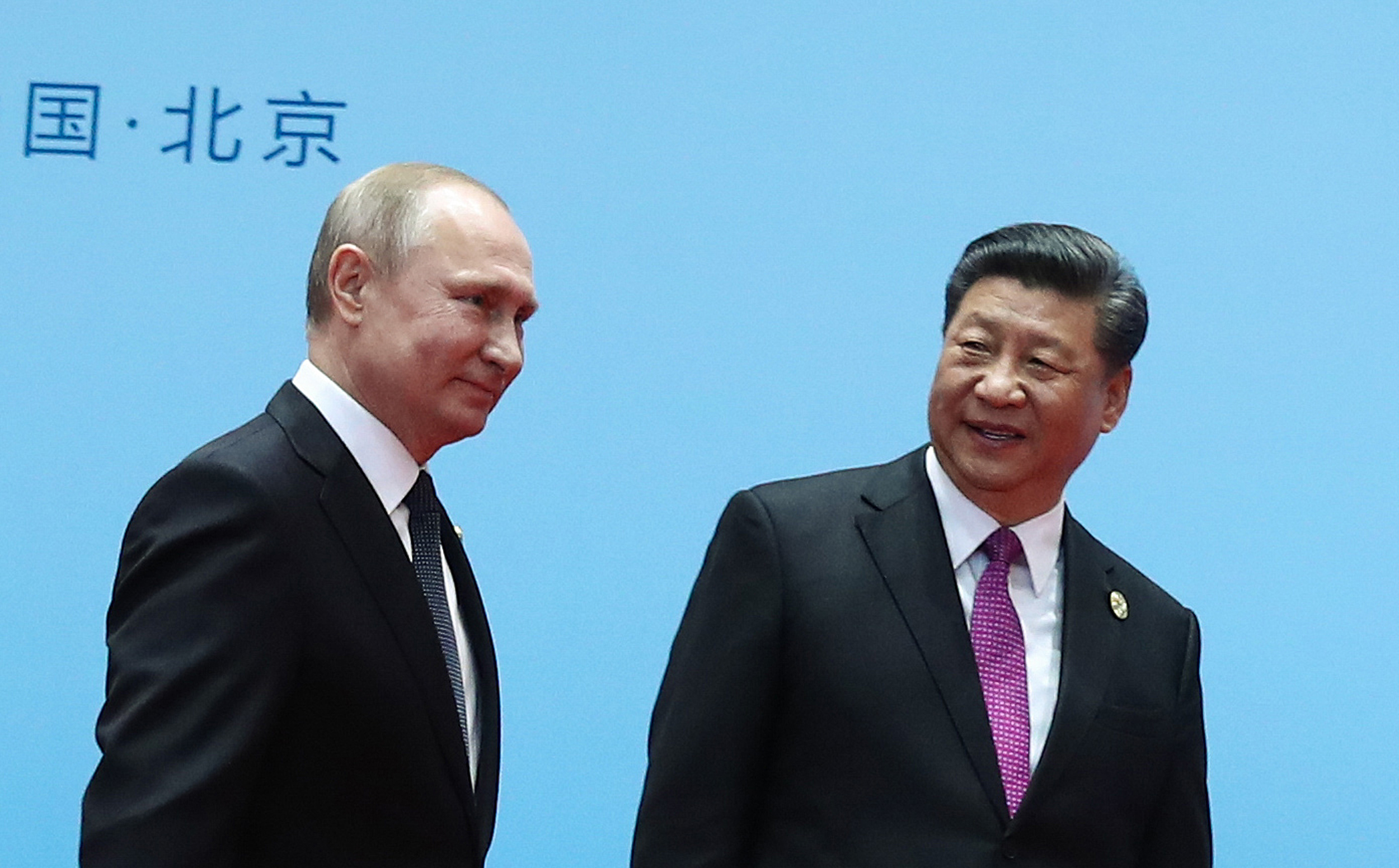 China Is Russia's Best Hope to Blunt Sanctions, But Wary

The U.S. measures block Putin and Lavrov, whom the Treasury Department’s formal announcement of the sanctions described as Putin’s “chief propagandist,” from access to any assets within reach of U.S. officials, and bar anyone in the United States from doing business with them. Members of Russia’s security council also were sanctioned.

On Saturday, the deputy head of Russia’s Security Council, Dmitry Medvedev, said sanctions could offer Moscow a pretext for a review of its ties with the West, suggesting that Russia could cut them altogether. “We may look at each other in binoculars and gunsights,” he said. He also suggested that Russia could opt out of the New START nuclear arms control treaty that limits U.S. and Russian nuclear arsenals.

The U.S. and European allies earlier announced sweeping asset freezes and other penalties against Russia’s banks, state-owned enterprises and elites. On Saturday, triggered by the sanctions, French Marines patrolling the English Channel area intercepted a cargo ship sailing under the Russian flag for an investigation, the Maritime Prefecture said. Spokeswoman Veronique Magnin said it appeared to be the first such action in the Channel.

Russia has imposed its own measures, announcing the “partial restriction” of access to Facebook after the social media network limited the accounts of several Kremlin-backed media. Russia also vetoed a U.N. Security Council resolution demanding that Moscow stop its attack on Ukraine and withdraw all troops.

Countries in Asia and the Pacific have joined the U.S., the EU and others in sanctioning Russian banks and leading companies and setting up export controls aimed at starving Russia’s industries and military of semiconductors and other high-tech products.

Japan and South Korea on Saturday said their foreign ministers had spoken with U.S. Secretary of State Antony Blinken. But Japanese Foreign Minister Yoshimasa Hayashi declined to say whether Japan plans to impose sanctions on Putin or Lavrov. South Korea’s foreign ministry said Blinken thanked South Korea over its willingness to participate in international sanctions against Russia, without details.

But China, the only friend that might help Russia blunt the impact of sanctions, has continued to denounce sanctions and blamed the U.S. and its allies for provoking Moscow. Beijing, worried about American power in Asia, has increasingly aligned its foreign policy with Russia to challenge the West.

“As long as he controls hundreds of billions of dollars and looks invincible for his cronies in Russia, I don’t think that any protest on Russian streets will change anything,” Kasparov added in an interview with Sky News.