Several lawsuits, filed by students, say they should pay lower rates for the portion of the term that was offered online

They wanted the campus experience, but their colleges sent them home to learn online during the coronavirus pandemic. Now, students at more than 25 U.S. universities are filing lawsuits against their schools demanding partial refunds on tuition and campus fees, saying they’re not getting the caliber of education they were promised.

The suits reflect students’ growing frustration with online classes that schools scrambled to create as the coronavirus forced campuses across the nation to close last month. The suits say students should pay lower rates for the portion of the term that was offered online, arguing that the quality of instruction is far below the classroom experience.

Colleges, though, reject the idea that refunds are in order. Students are learning from the same professors who teach on campus, officials have said, and they’re still earning credits toward their degrees. Schools insist that, after being forced to close by their states, they're still offering students a quality education.

Grainger Rickenbaker, a freshman who filed a class-action lawsuit against Drexel University in Philadelphia, said the online classes he’s been taking are poor substitutes for classroom learning. There’s little interaction with students or professors, he said, and some classes are being taught almost entirely through recorded videos, with no live lecture or discussion.

"You just feel a little bit diminished," said Rickenbaker, 21, of Charleston, South Carolina. "It's just not the same experience I would be getting if I was at the campus."

Other students report similar experiences elsewhere. A complaint against the University of California, Berkeley, says some professors are simply uploading assignments, with no video instruction at all. A case against Vanderbilt University says class discussion has been stymied and the "quality and academic rigor of courses has significantly decreased."

In a case against Purdue University, a senior engineering student said the closure has prevented him from finishing his senior project, building an airplane. "No online course can simulate the applicable, real-world experience" he hoped to gain from the project, the complaint says.

Class-action lawsuits demanding tuition refunds have been filed against at least 26 colleges, targeting prestigious private universities, including Brown, Columbia and Cornell, along with big public schools, including Michigan State, Purdue and the University of Colorado, Boulder.

Some of the suits draw attention to schools’ large financial reserves, saying colleges are unfairly withholding refunds even while they rest on endowments that often surpass $1 billion.

Several colleges declined to comment on the lawsuits, but some said students have continued to get what they paid for.

Ken McConnellogue, a spokesman for the University of Colorado, said it’s disappointing that people have been so quick to file lawsuits only weeks into the pandemic. He said the suits appear to be driven by a small number of "opportunistic" law firms. 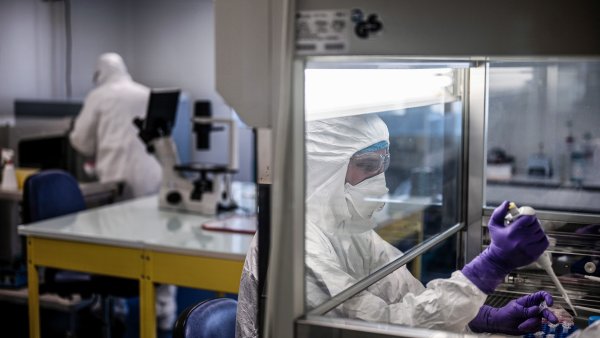 Oxford Scientist Says Its Vaccine Is Making Headway, Could Show Efficacy by June 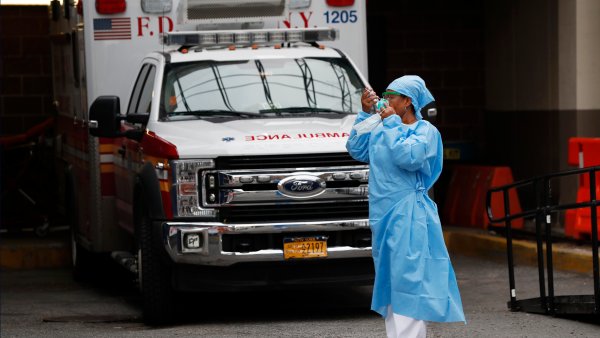 They Did Everything Together, Until the End: A Mother and Daughter's Coronavirus Battle

"Our faculty have been working extremely hard to deliver an academic product that’s got the same high standards, high-quality academic rigor as what they would deliver in the classroom," he said. "It’s different, no doubt. And it’s not ideal. We all would prefer to have students on our campuses, but at the same time, we’re in the middle of a global pandemic here."

"We don’t negate that this has been a difficult time for our university, especially for our students," Emily Guerrant, a Michigan State spokeswoman, said in a statement. The school has taken on new costs to move instruction online, she added, but "we have maintained our commitment to providing meaningful and robust learning experiences at no additional cost to our Spartans."

Officials at Drexel University said the school has continued to provide a "broad spectrum of academic offerings and support" while students learn remotely.

Lawyers representing students, however, say the refunds are a matter of fairness.

"You cannot keep money for services and access if you aren’t actually providing it," said Roy Willey, a lawyer for the Anastopoulo Law Firm in South Carolina, which is representing students in more than a dozen cases. "If we’re truly going to be all in this together, the universities have to tighten their belts and refund the money back to students and families who really need it."

Take a look at some of the conventional and unconventional ways college graduates can pay off their loans.

Willey said his office has received hundreds of inquiries from students looking to file suits, and his firm is looking into dozens of possible cases. Other firms taking on similar cases say they’re also seeing a wave of demand from students and parents who say they deserve refunds.

Along with tuition, the cases also seek refunds for fees that students paid to access gyms, libraries, labs and other buildings that are now closed. All told, the complaints seek refunds that could add up to several thousand dollars per student at some schools.

The lawsuits ask courts to answer a thorny question that has come to the fore as universities shift classes online: whether there’s a difference in value between online instruction and the traditional classroom. Proponents of online education say it can be just as effective, and universities say they've done everything they can to create rigorous online classes in a matter of weeks.

But some of the complaints maintain that the college experience is about more than course credits. They say there's value to the personal interaction students get with faculty and classmates, both in the classroom and out. Willey adds that colleges themselves often charge lower rates for online classes, which he says is a reflection of their value.

"The tuition price speaks for itself," he said. "These students decided to go to in-person, on-campus universities. They could have chosen to go to online colleges and earn their degree that way, but they didn’t."

Even before the first lawsuits were filed, demands for tuition refunds had been spreading. Students at dozens of schools have started petitions calling for refunds as online classes left them underwhelmed. Scores of schools have returned portions of housing and dining fees, but few if any have agreed to return any share of tuition.

A new undertaking from the White House is aiming to get a COVID-19 vaccine out to the public by January. "Operation Warp Speed" is a public-private partnership made to develop at vaccine in record time.

At the University of Chicago, hundreds of students signed a letter saying they will refuse to pay this term's tuition, which was due April 29, unless the school reduces tuition by 50% and keeps it at that level during the crisis.

Colleges counter that the coronavirus has put them under sharp financial strain, too. Some estimate that they could lose up to $1 billion this year as they brace for downturns in student enrollment, state funding and research grants. Some have already announced layoffs and furloughs as they work to offset losses.

But the lawsuits say it's not fair to pass those losses on to students. Jennifer Kraus-Czeisler, a lawyer for the New York firm Milberg Phillips Grossman, which is representing several students, said colleges have a duty to return fees for services they aren't providing.

"We’re not disparaging the schools for closing. They did what was appropriate," she said. "But they’re profiting at the expense of students. It just seems unconscionable."