In one of the most closely watched Congressional races across the country, former Miami-Dade County Mayor Carlos Gimenez is claiming victory over incumbent Debbie Mucarsel-Powell.

Gimenez, a Republican who had aligned himself more with President Donald Trump in recent weeks of the campaign, had a 52% to 48% lead over the first-term Democrat with 100% of precincts reporting Wednesday morning.

While the District 26 race had not officially been called, Gimenez declared himself the winner in front of supporters in Coral Gables Tuesday night.

Gimenez labeled his opponent as the "most partisan" member of Congress and vowed to work with both parties for the district, which includes parts of Southwest Miami-Dade as well as the Florida Keys and the Everglades. 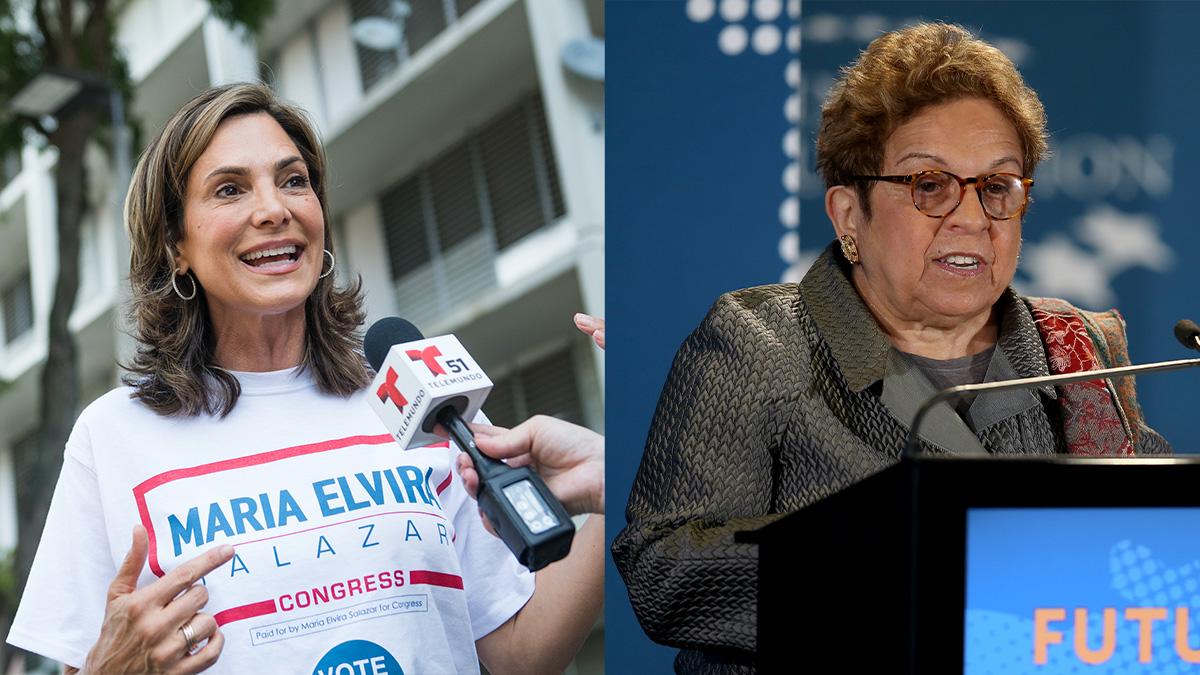 Mucarsel-Powell's campaign released a statement saying it is "waiting for all the votes to be counted." As of early Wednesday evening, Mucarsel-Powell has not yet conceded defeat. NBC 6 has been reaching out to her campaign all day and received no response.

"This election has seen historic levels of turnout in Florida and across the nation. What we are seeing now is our democratic process at work," the statement went on to say. "I look forward to a final result when all the votes have been counted and everyone's voice has been heard."

Those who attended a party for Mucarsel-Powell in Wynwood said the district may have shifted.

"These are folks that may have voted for (former President) Obama in 2012 and may have gone as far as to vote for (Andrew) Gillum in 2018, but there is a messaging around socialism and the economy," said former state senator Dwight Bullard, who currently serves as political director of the New Florida Majority.

The district, created in 2012, has flipped from Democrat to Republican before going back to Democrat with Mucarsel-Powell's victory in 2018.

As a freshman in Congress, Mucarsel-Powell sat on the House Judiciary Committee and participated in the president‘s impeachment trial while also visiting the Homestead shelter for unaccompanied children, insisting the federal government treat immigrant children better.

Gimenez has spent his life in public service, as a former Miami firefighter and Fire Chief, city manager,  county commissioner and mayor since 2011.

The politics of the coronavirus continued to be a huge campaign issue - with Powell insisting Gimenez‘s response was, and continues to be, a disaster.

“Dr. Birx, Dr. Fauci, they have congratulated me for what we have done here in Miami-Dade and use Miami-Dade as a model for the rest of the nation. So, frankly she does not know what she’s talking about,” Gimenez said.

Tuesday night, Gimenez pledged to work across the aisle, then attacked his rival as being too partisan.

“Whether Democrats want to accept it or not, being branded socialist or Trojan horses for socialists is a very effective branding campaign on the part of Republicans in South Florida,” political consultant Mike Hernandez said.

Even if there’s no evidence that Mucarsel-Powell is actually a communist, and it is jarring to hear Gimenez use that hard-line rhetoric. He voted for Hillary Clinton in 2016 and has never been a political firebrand.

“I think they’re gonna represent South Florida very well, I’ve worked with Carlos obviously a lot this year dealing with corona virus and I can tell you Maria Elvira is gonna be a superstar in the congress, we are happy to see them succeed,” DeSantis said.

So how did Republicans Elvira-Salazar and Gimenez pull off upset victories in districts which have more Democratic than Republican voters? Hernandez says they benefitted from the Trump campaign’s tremendous get out the vote effort.

Gimenez will be going from chief executive of a huge local government to one member of the minority party in the House of Representatives. It will be a major adjustment.