“Congresswoman Maria Elvira Salazar, she stood with Q, not you,” says the narrator, referencing the far-right conspiracy theory QAnon. 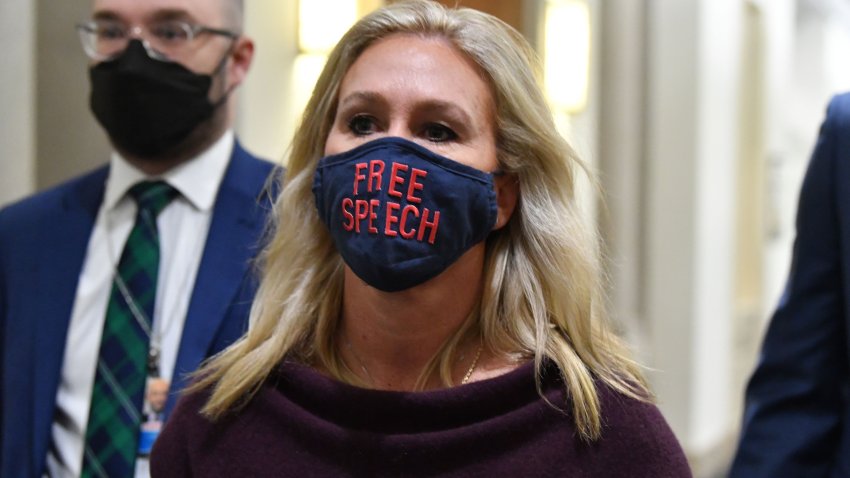 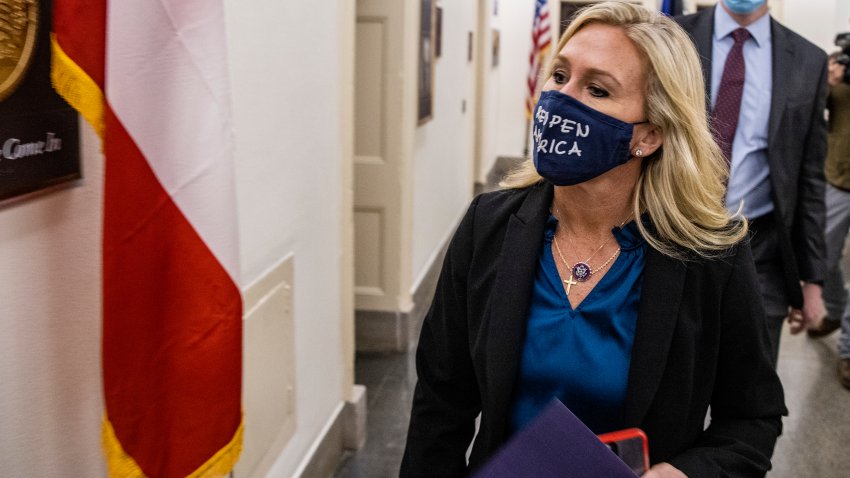 “Republicans like Maria Elvira Salazar voted to protect Trump, letting the QAnon mob win. Congresswoman Salazar should have stood with us, but she was a coward she stood with Trump and the lies,” the commercial says.

But on Thursday evening, Salazar was one of the 11 Republicans -- and one of the three GOP representatives in South Florida -- to vote yes on stripping Greene from her committee assignments. In a statement, she said she was holding Greene to the same standards that she would hold to Democrats.

“They take Congresswoman Salazar’s vote against impeachment and use it to tie her to the QAnon conspiracy theory,” said NBC 6 political analyst Carlos Curbelo. “That is a little bit of a stretch, but it does show the Democrats are going to be aggressive.”

Thursday afternoon, the GOP struck back with a statement from The National Republican Congressional Committee.

The effort to remove Greene from her two House committee positions is homegrown -- the resolution introduced by Weston Congresswoman Debbie Wasserman Schultz. She has been vocal, and appalled, at how Greene has shared anti-Semitic posts and embraced false QAnon conspiracy theories, some that imply that 9/11 was a hoax and that deadly school shootings were staged.

Greene has not publicly denounced those statements, instead, raising money off the controversy as Democrats condemn her conduct.

One of her recent tweets said, "We owe them no apologies. We will never back down."

Telemundo 51 Political analyst Mike Hernandez calls the smear against Salazar par for the course when it comes to South Florida politics.

“It is exactly what you would anticipate in a hotly contested congressional district, but they’re bringing a little bit of what occurred in Washington on Jan. 6 to Miami,” said Hernandez.