Even on a night when they squandered a 5-0 lead and surrendered two homers to torrid-hitting Ronald Acuña Jr., the Marlins bounced back for their third straight win in Atlanta

The Miami Marlins wanted to show they could hold their own against the team that has won three straight NL East titles and swept them out of the playoffs last season.

Even on a night when they squandered a 5-0 lead and surrendered two homers to torrid-hitting Ronald Acuña Jr., the Marlins bounced back for their third straight win in Atlanta, beating the Braves 6-5 in 10 innings on Wednesday night.

Jesus Aguilar drove in the winning run with a leadoff double after Starling Marte was placed at second base, and Yimi Garcia shut down the Braves' Big Three in the bottom half to preserve the win. 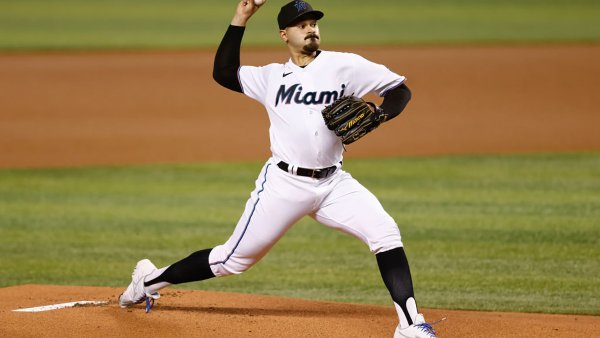 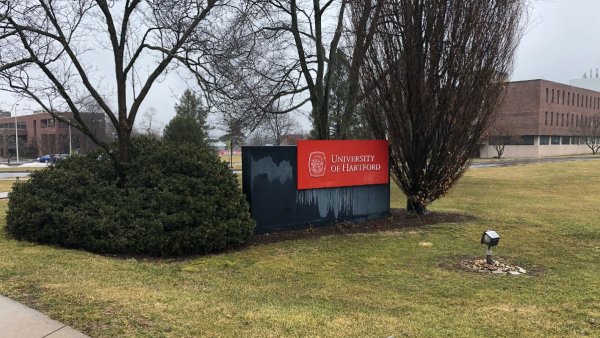 University of Hartford Drops Sports From Division I to III

It's only mid-April, but this one felt a little a little bigger to the Marlins, who were beaten in three straight by the Braves in the 2020 NL Division Series.

“We came back with fire in our eyes,” said Jazz Chisholm Jr., who staked the Marlins to their big lead with a three-run homer in the third. “We're showing that we deserve to be talked about in this league.”

After Aguilar's tiebreaking hit against Tyler Matzek (0-1), Acuña led off the bottom of the 10th with a chance to do more damage after erasing Miami's big lead almost single-handedly.

But Garcia struck out the Atlanta slugger on three pitches, retired Freddie Freeman on a flyout, and whiffed Marcell Ozuna for his second save.

John Curtiss (1-0) picked up the win with a scoreless ninth.

Dropping to 0-3 in extra-inning games this season, the Braves wasted another dynamic performance by Acuña to lose their fourth in a row overall.

“We gave ourselves a chance to win,” manager Brian Snitker said. “As long as we do that, we'll eventually start winning. There's no doubt in my mind. This is just a blip on the radar.”

Acuña is on such a tear that a radar would be helpful to keep up with where he's hitting them.

He launched a 434-foot shot into the center-field seats in the third inning, doubled off the center-field wall and scored a run in the fifth, and lined an opposite-field shot to the seats in right to tie the game in the seventh.

The Braves have one more game at home before hitting the road. Acuña would surely like to spend a bit more time at Truist Park, where he is 14 of 24 with four homers and eight RBIs over six games this season.

“My mentality is always the same thing,” he said through a translator. “See the ball, hit the ball. This is nothing different.”

Miami starter Nick Neidert had a chance to pick up his first big league win while pitching before nearly 20 family members and friends in his hometown.

But the right-hander failed to get through the fifth inning, even after Braves counterpart Charlie Morton popped into a double play on an attempted bunt with Ender Inciarte running on the pitch.

Acuña followed with another blistering shot, the ball bouncing against the center-field wall for his double.

Freeman followed with a run-scoring single off the right-field wall to make it 5-3, bringing manager Don Mattingly out of the dugout. Adam Cimber retired Ozuna to end the inning.

Morton lasted six innings for the Braves. The right-hander surrendered seven hits and five runs, with Chisholm's homer being the biggest blow, though he did record nine strikeouts.

After hitting three homers in the first two games of the series against his former team, Marlins right fielder Adam Duvall showed off his defensive skills in this one.

Freeman lined one down the right-field line for an apparent double in the third. But Duvall played the carom perfectly and threw out Freeman at second base to end the inning.

The Braves placed LHP Max Fried (right hamstring) and OF Cristian Pache (left groin) on the 10-day injured list. Fried tweaked his hamstring while running the bases in a Tuesday night loss to the Marlins. LHP Tucker Davidson and OF Guillermo Heredia were called up from the alternate training site.

The Marlins go for a sweep in the finale of the four-game series on Thursday. LHP Trevor Rogers (1-1, 1.80 ERA) gets the nod for Miami after outdueling Jacob deGrom in a 3-0 win over the Mets last weekend. Braves RHP Ian Anderson (0-0, 4.35 ERA) will be looking for his first win of the season.