Miami has big-time playmakers coming back at nearly every position, finally ended what was a 10-year drought between bowl wins and finished the season on a five-game winning streak.

That all sounds good.

But it pales when remembering that there isn't a single proven quarterback on the Hurricanes' roster. 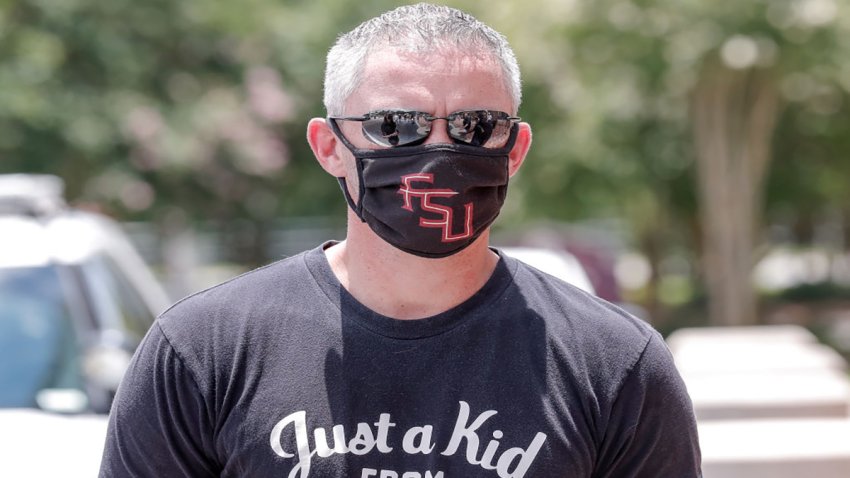 Brad Kaaya — who rewrote the record books in his three Miami seasons before turning pro and getting drafted by the Detroit Lions — is gone, and the question for months around Coral Gables has been who will take over as his replacement. It's widely expected that true freshman N'Kosi Perry will inherit the starting job at some point, though it's unclear whether he'll be in that role for the Sept. 2 season-opener against Bethune-Cookman.

For now, it seems like a race between Perry and Malik Rosier, Kaaya's backup the last two seasons.

Kaaya left Miami as the school's career leader with 9,968 yards passing, 720 completions and 1,188 attempts. He had four TD passes in a 31-14 win over West Virginia in the Russell Athletic Bowl last December, ending Miami's bowl-win drought — then took off his Hurricanes uniform for the final time.

Expectations are high anyway, which is almost always the case at Miami. The Hurricanes were 9-4 last season and come into 2017 as the preseason media-poll pick to win the Atlantic Coast Conference's Coastal Division, the fourth time in the last five seasons they were tabbed for a top-two spot there.

But the Hurricanes still haven't even been to an ACC title game, the conference-title drought now 13 years and counting.

"When it comes to the media, we don't really ... I'm not going to say we don't care, but we're not really bothered by how the media feels or if they respect us enough to come and see us," linebacker Shaquille Quarterman said. "We're just here to play ball and compete like we're supposed to do at Miami."

A huge test, for whoever the quarterback is, comes Sept. 16 at Florida State. Miami has dropped seven straight to the Seminoles and the last three were particularly painful.

The Hurricanes wasted a 16-point lead before falling in 2014, losing by four points in a game where they had a chip-shot field goal missed and an extra point get blocked. Miami led in the fourth quarter but lost at Tallahassee in 2015, then wasted yet another lead — and had another extra-point blocked late in a 20-19 defeat last season.

"I expect them to be really good," Florida State quarterback Deondre Francois said. "They're well-coached. I know they're going to come to play every game, especially when they play Florida State."