The Atlanta Braves enjoyed their best inning of the season by taking advantage of the Florida Marlins' mistakes, including the fat pitch Brooks Conrad hit for a grand slam.

Conrad's second pinch-hit grand slam of the year put the Braves ahead in an eight-run eighth inning, and they rallied past hapless Florida 10-5 Saturday night.

Six of the runs were unearned because of two errors by third baseman Jorge Cantu.

"Like they say in baseball, after the errors come the base hits," said Atlanta's Alex Gonzalez, who reached on one of Cantu's misplays. "Against this team, you can't make a mistake. Somebody is going to pay. That's what happened tonight." 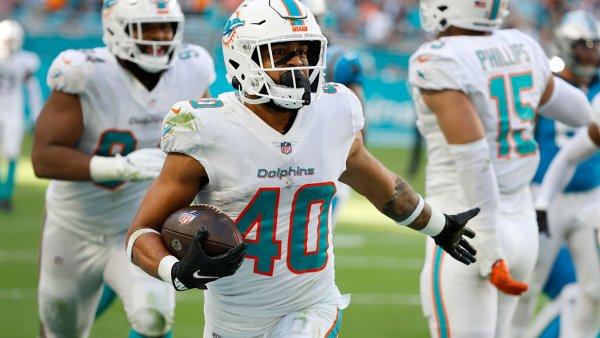 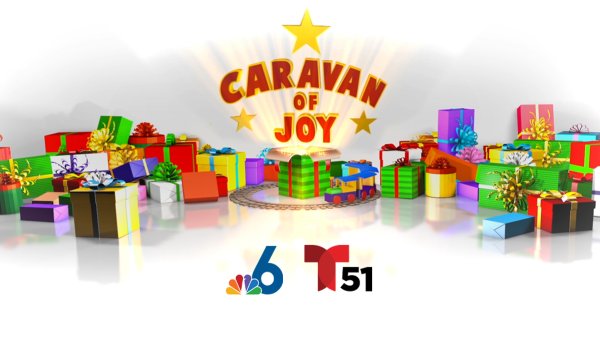 Caravan of Joy 6 hours ago

Nine of the first 10 batters reached in the eighth, and the Braves scored off all three Florida pitchers — Taylor Tankersley, Jhan Marinez and Burke Badenhop.

Conrad homered on Badenhop's sinker down the middle with one out to put the Braves ahead 9-5.

"Stuff like that you can't really expect," Conrad said. "It's just going up there and trying to get a ball off the ground. I got a great pitch to hit and put a pretty good swing on it."

It was his fifth homer, and his third as a pinch-hitter. He hit a pinch-hit, game-ending slam to cap a seven-run ninth inning against Cincinnati on May 20.

Eight runs in an inning were a season high for Atlanta, and the most allowed by Florida.

"It was awesome. It was great. It was huge," Conrad said. "It's the perseverance we have this year. No matter what the situation or how we're playing, we're always going to play hard until the end. We showed that tonight."

But even by the standards of the NL East-leading Braves, the comeback was a rarity. They improved to 4-33 when trailing after seven innings.

Atlanta's Martin Prado led off the game with his 13th home run. Jason Heyward went 3 for 3 with two walks and scored twice.

Dan Uggla homered and drove in three runs for the Marlins, and Mike Stanton also homered. Anibal Sanchez left ahead 5-2 after six innings, but the bullpen and Cantu couldn't protect the lead.

"That's a game we should have won, and we gave it away," Tankersley said.

Cantu declined to talk with reporters.

The collapse came with Florida on the verge of winning for the seventh time in eight games. When the inning ended, the Marlins drew jeers from the crowd of 30,245, their largest at home since May 1.

"We've stolen three or four games on this homestand so far, and it just so happens they stole one from us," Uggla said. "That's baseball."

Manager Edwin Rodriguez was lucky not to have to watch from the dugout. He was ejected for the first time in his career in the fifth inning.

The Braves trailed 5-2 when Heyward led off the eighth with a single. Chipper Jones reached on a throwing error by Cantu, and Tankersley hit Brian McCann with a 71-mph curve to load the bases. Marinez (1-1) came on to walk Troy Glaus and force in a run, then gave up a tying two-run single to Eric Hinske.

Catcher Ronny Paulino fielded a bunt by Gonzalez and threw to third for a forceout, but Cantu's foot missed the base, and the bases were loaded again. To make matters worse, Gonzalez fell leaving the batter's box and would have been an easy out at first, but neither his teammates nor the Marlins saw the stumble.

"I went back to the dugout — 'Hey, did you see that?' Nobody saw it," Gonzalez said. "I was laying on the grass. I get up and made it to first."

Following a forceout at the plate, Conrad homered. The Braves added their final run on an RBI groundout by Jones.

Notes: After the game, the Marlins said Marinez will be placed on the 15-day disabled list Sunday with a right elbow strain. RHP Chris Volstad will be recalled from Triple-A New Orleans to rejoin the rotation, and he'll start Sunday. ... A 1-5-3 putout: The Marlins' Hanley Ramirez grounded off the foot of Chavez, and the ball deflected to 3B Jones, who threw to first. .. Dolphins CB Vontae Davis threw out the first pitch along with Sean "P. Diddy" Combs.