Couple Says They Were Tricked Into Signing Over Their Home

A South Florida couple says they thought they were filling out an affordable housing application but ended up signing away their home to a neighbor. The NBC 6 Responds team shows you how this is possible.

Evelio and Milagros Esteban never thought they could lose their home at this stage of their life.

“I’m a sick man and I can barely walk,” said Evelio.

Evelio, 73, and his wife Milagros,71, say they purchased their home in 2003, but they’ve had trouble paying their mortgage over the past two years. That’s when they say they unknowingly transferred the title of their home to their neighbor. 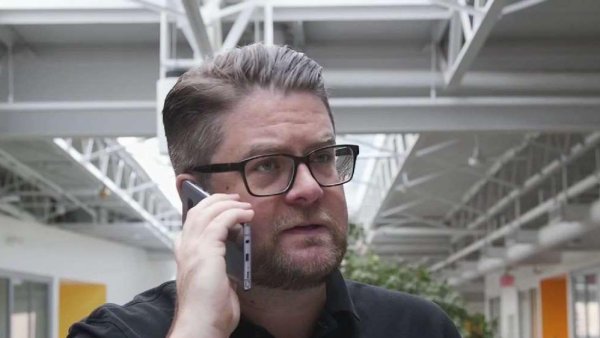 How to Deal With Rising Cost of Cell Phone Bills

We briefly spoke with their neighbor the day we interviewed the couple. We are not disclosing his identity since he has not been charged with a crime.

“Ask them, they’re going to explain everything to you,” he said when asked about the Estebans’ claims.

He repeatedly declined to explain how he became the owner of the Estebans’ home.  The couple says, when they fell behind on their mortgage, their neighbor offered to help them rent out their home and brought them what they thought was a section 8 housing application.

But the paper they say they signed turned out to be a quit claim deed, which is a document that transferred the title of their home to their neighbor.

After the couple learned they no longer owned their home, Milagros called the police to file a report.

Miami-Dade County’s Economic Crimes Bureau told us they hear about these cases a lot.

Det. Rodriguez says people are duped by family and friends in some cases.

Consumer Investigator Alina Machado has some of NBC 6 Responds' best resolved cases in 2019.

“They get them to sign documents which these individuals, especially elderly, do not read,” he said. “They just tell them sign here, sign here, initial there, they go ahead and do it because again, they feel confident that this person is helping them out.”

Det. Rodriguez says documents like a quit claim deed are legally binding and police can only proceed with criminal charges if there is proof of abuse or trickery.

The detective has the following recommendations to prevent this from happening.

“Be very careful of who you confide in and who it is that is helping you in these cases,” he said. “Always consult with an attorney before signing anything.”

In Milagros and Evelio’s case, the detective says they are still investigating if a crime was committed.

While their neighbor didn’t want to discuss the case with NBC 6 Responds telling us “it’s not your business,” he did talk to detectives.

According to the police report, he doesn’t plan on evicting Evelio and Milagros though he is renting out rooms in the home. He has moved the couple to a side bedroom.

“I never expected to be in this situation,” Evelio said.

Although a quit claim deed transfers the title of a property, it doesn’t transfer the mortgage. In other words, in Evelio’s case, he still owes the bank for a house he no longer has.

The Florida’s Department of Children and Families is also investigating what happened because they get involved in cases of abuse to elderly people in addition to children.