A Broward County nurse who tested positive for coronavirus died after going into self-isolation, according to a new report.

Bailey had been employed by a staffing agency and had worked at Florida Medical Center in Lauderdale Lakes. 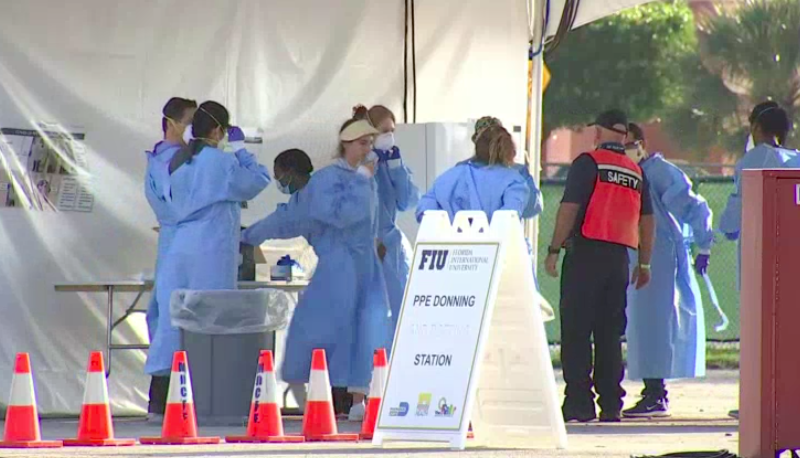 In a statement, the hospital, which didn't name Bailey, said it had been more than 14 days since the nurse had worked at the medical center and said he was asymptomatic at the time of his last shift.

"Our thoughts are with the family during this difficult time," the statement read. "We would like to reiterate our appreciation for the work all caregivers are doing in this difficult time. We are very focused on minimizing staff exposures in our hospitals."

Family members told the Sun-Sentinel that Bailey was a father of five and had five grandchildren.

“My father was very strong and felt he could beat it," daughter Sashia Bailey told the paper. "He was very healthy, he worked out every day, even at Florida Medical Center, he would round up the nurses and go exercise.”