The U.S. Coast Guard is keeping a watchful eye out for the Florida Straits for any migrants or others who might try to go to Cuba

As cries for change and U.S. intervention for Cuba grow louder, the Coast Guard is keeping a watchful eye out in the Florida Straits for any attempt at what it called “unsafe and illegal” boat crossings toward Cuba by those sympathetic to the island protesters.

Since Monday night, groups of Cuban immigrants said they planned to travel in boats filled with supplies to Cuba to show support for the Cuban protesters. On Wednesday, the Coast Guard gave NBC 6 access to its operators from the sky and the sea who are looking out for people who might want to go to Cuba and for any Cubans who are trying to leave the island.

In the sky Wednesday, pilots Karl Alejandre and Landon Elliott, along with their five-member crew, headed for the Florida Straits, an area that is closely being watched due to the demonstrations in Cuba.

"Our mission today was to increase our chances of finding anyone migrating from Cuba," said Alejandre, the aircraft commander on the mission. 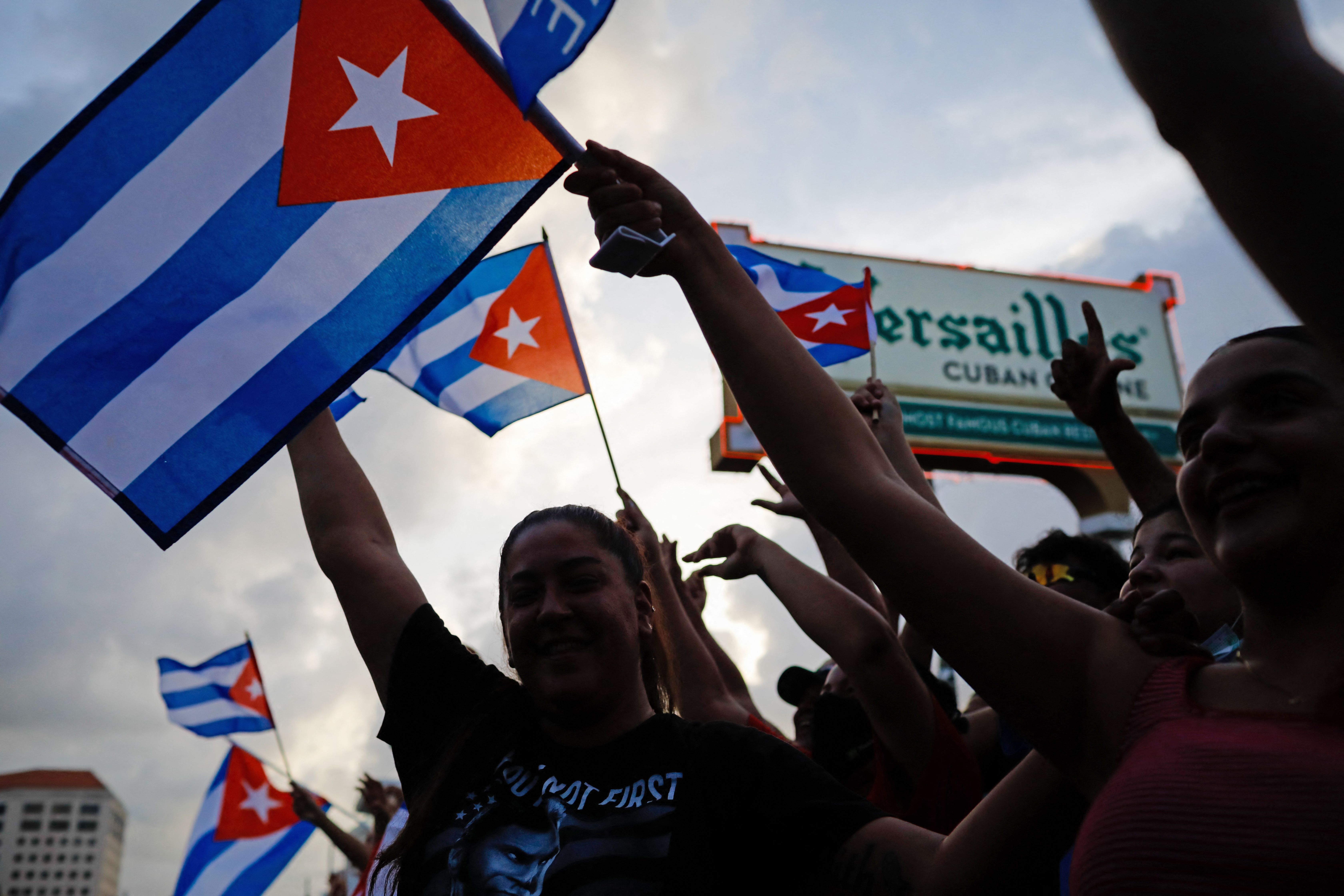 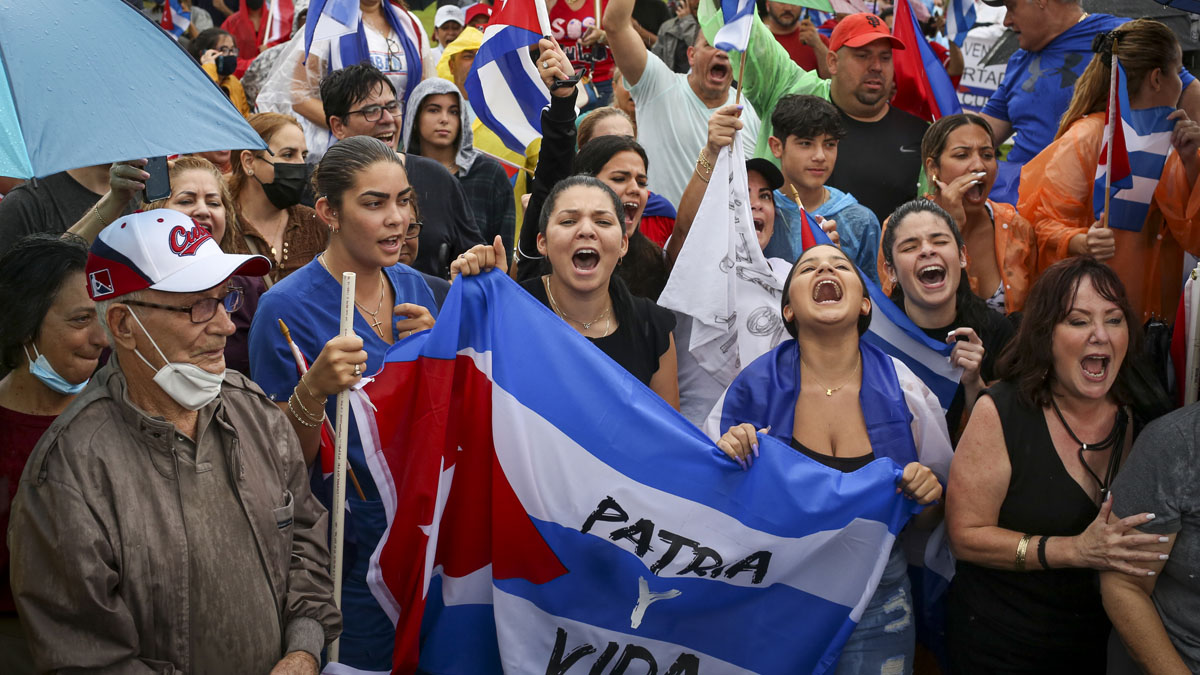 Mini-Concert, Demonstrations in South Florida in Support of Cuban Protesters

The Coast Guard pilots and the experts inside the aircraft can track anything on the water and started their search after passing Key West.

“In the past two weeks, there have been 20 people that have unfortunately perished at sea in this area. So safety of life at sea is our No. 1 mission," said Petty Officer Joel Milian, who oversees the technology in the rear of the aircraft.

Their flight path Wednesday went north of the island, just outside Cuban airspace, and headed to the east.

“We were paralleling the border with Cuba to increase our chances of finding anyone who might have needed assistance,” Alejandre said.

The crew also flew over a remote island where migrants leaving Cuba sometimes end up.

“The last couple of months, we have noticed that some migrants and some other persons that made their way to this bank of islands, believing it was a U.S. territory and they just get stranded there," Alejandre said.

NBC 6's Willard Shepard got access to the U.S. Coast Guard's aircraft monitoring the Straits for any migrants from Cuba

Below at sea, Coast Guard cutters on the water are able to respond to anything the flight crew sees. The cutter Kathleen Moore is one of six stationed in Key West and its crews could be tasked with accompanying boaters from Miami if federal authorities approve a flotilla of Cuban exiles in Miami.

"The Coast Guard is patrolling and working with our partners, which is what we do every single day," said Commander Richard Armstrong. "The Coast Guard is well equipped should we see an increase in migration flow, but right now, we are prepared to handle the correct situation."

The 25-member crew was out at sea during Tropical Storm Elsa and responded to a capsized boat with 22 Cuban migrants on board. Thirteen were rescued, the nine others are presumed dead.

“It is extremely dangerous out there. If you are considering taking to the sea, please don’t," Armstong said, adding that even the most thought-out plan is at the mercy of the weather.

A group of boaters in Miami is hoping to meet with federal authorities this week to receive approval for a trip to Cuba.

Federal authorities in Miami were straightforward with boaters— the idea they would get anywhere near the Cuban coast to deliver supplies is just not going to happen.

"The weather is in the Florida Straits can be extremely unpredictable. 90 miles doesn’t seem that far, but once you get out with the winds and sea, conditions can make the trip a lot longer. What you think is 90 can turn into 120 miles," Armstrong said.

“Do not take action into your own hands. Don’t venture into the waters," Milian warned. "There are treacherous waters out there, especially for non-seaworthy vessels, and encourage your family in Cuba and other countries to be safe."

South Florida residents who are considering taking food, water, medical supplies into Cuban water must first obtain a permit from the United States Coast Guard to do so.