The Cuban government’s plan to quell the demonstrations operates on multiple fronts, one expert says

Video from Cuba shows protesters throwing objects at Cuban police cars and others join in -- just part of the uprising taking place on the island. How far will Cuban President Miguel Diaz-Canel go when it comes to using military forces?

“At the end of the day, regime survival is the most important thing to the Cuban government,” said Brian Fonseca, director of the Jack D. Gordon Institute for Public Policy at Florida International University.

Fonseca, who spent eight years in the U.S. Marines, is an expert in the Cuban military and police operations. 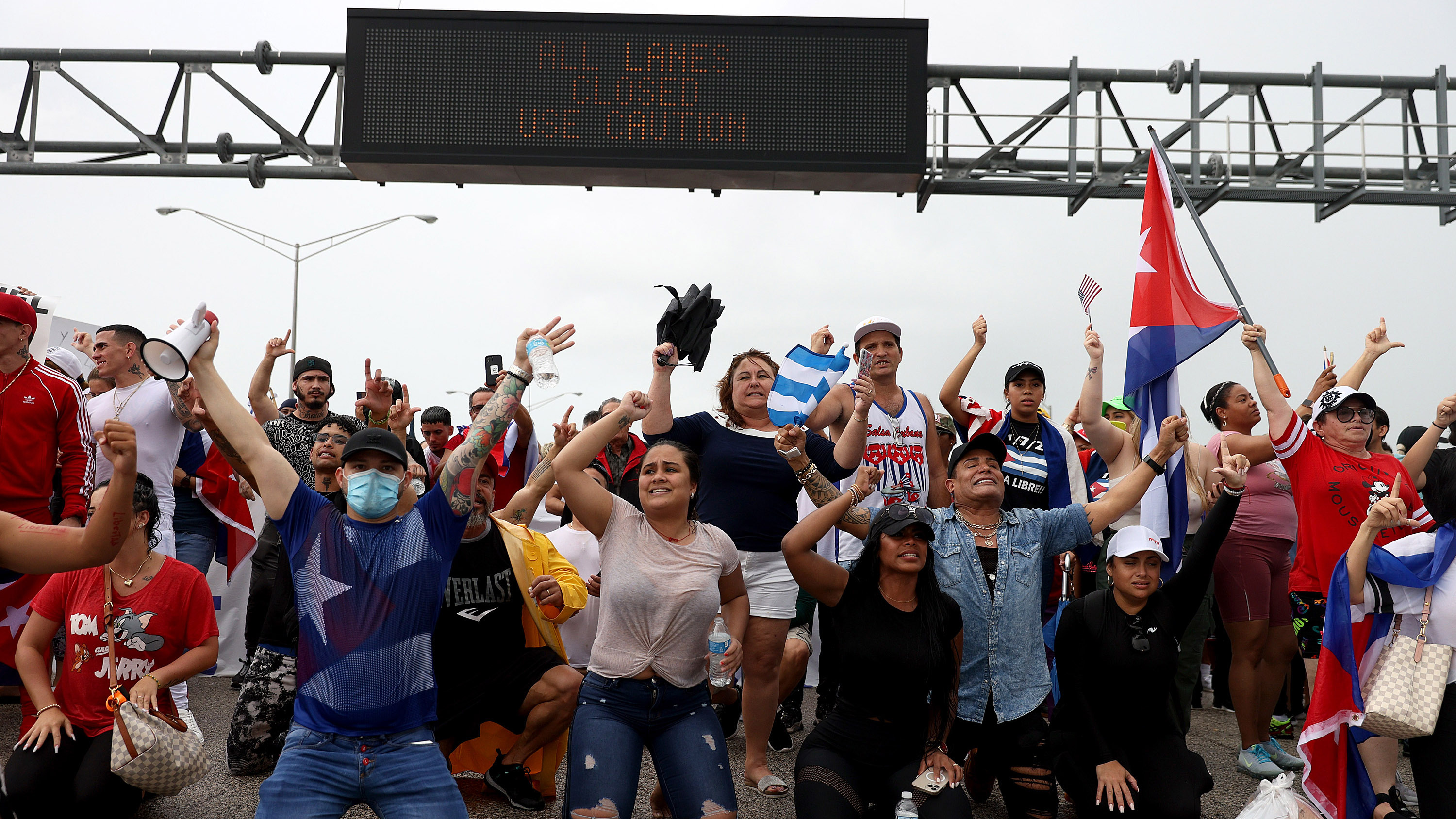 “It’s already started to slow communications —interrupt the internet, shut off electricity, infiltrate the protesters in an effort to sabotage the protest. They are going to continue to try and dismantle the protest as quickly as possible,” he said.

So far Diaz-Canel has not ordered the regular active-duty military forces to engage the protestors.

“This is not the traditional branches of the military in the street. These are special forces that are specifically established to address domestic uprising," Fonseca said. "They will pull from the military if the uprisings become unmanageable for these domestic special brigades."

He says one strategy is to get local police involved alongside special units.

“Pulling local police units into the fight in order to disrupt protesters," Fonseca said. "One of the brigades that unit comprises of is called the Black Berets. The Black Berets are sort of a special unit.

Research done at FIU and U.S. Southern Command in Doral shows that the Cuban military is not the elite force it was years ago when massive dollars were flowing to support it from Russia. Also, corruption among high-ranking officers has diminished its influence.

Fonseca says the uprisings are opening the door for some troops to side with protesters.

“At some point, you are going to see some of these lower-ranking enlisted break away from the government if protests continue to endure, but keep in mind they have to make very calculated decisions," he said.

Fonseca says just the thought of that would not have been possible before, so that’s one reason why things are different now.