The two suspects arrested during a raid by federal agents in Davie face drug-related charges when they make their first court appearance on Thursday, an indictment obtained by NBC 6 shows.

About a dozen federal agents carried out the raid Wednesday afternoon. Anthony Santos Gomes and Elizabeth Ton face one count of "conspiracy to possess with intent to distribute ... controlled substances and controlled substance analogues resulting in serious bodily injury and death," the indictment reads.

The indictment alleges that Gomes and Ton, along with seven other co-conspirators, "did knowingly and intentionally combine, conspire, confederate and agree together ... to possess with intent to distribute" substances including Fentanyl and Ethylone. 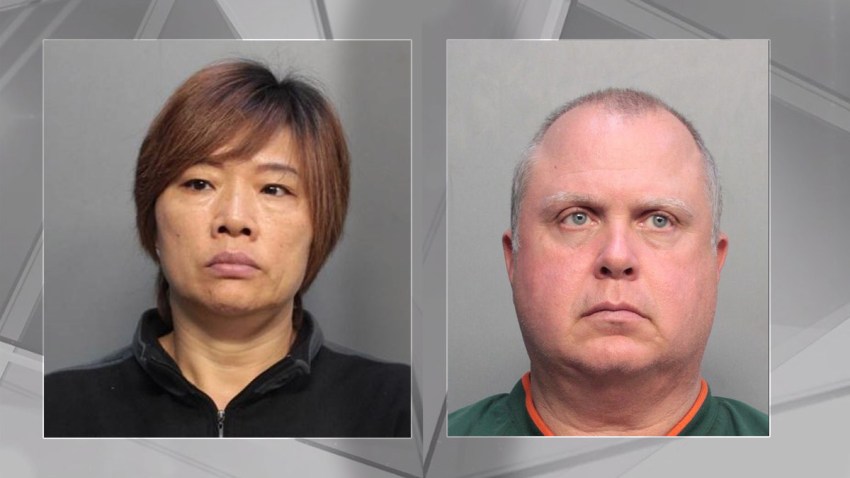 There are five counts in the indictment, but just the first count applies to Gomes and Ton. The other counts are charged to the other individuals and include money laundering conspiracy and others charges related to the importation and distribution of the drugs.

The group allegedly ordered and obtained the substances from Canada and China and then sold the controlled substances online. They then allegedly distributed in the United States.

A narcotics team from the Broward County Sheriff's Office was also at the scene to serve a search warrant.

Records show the property was purchased in May for $850,000 with a 30-year adjustable mortgage by Iyana Enterprise Incorporated, a corporation owned by Gomes. It is not known if he was living in the house at the time.

Jose Corzo, a neighbor, said the community is quiet and that the people who live there moved in about four months ago.

"They weren't arrested here. They were arrested outside probably the street behind us and they were brought here," Corzo said. "My wife was the one that saw the incident and she said they came in with heavy weapons."