Gun and ammunition sales are spiking nationwide and in South Florida during the coronavirus pandemic.

Some might call it paranoia, others see it as practical and necessary. There are long lines at some gun stores as customers afraid of the possible impacts of the pandemic look for personal protection. 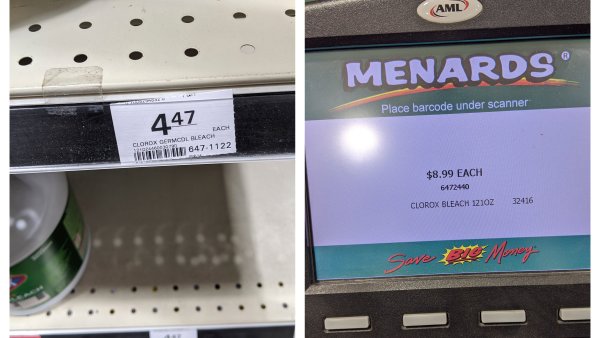 "They're just afraid, you know people start coming to their houses, they have no jobs, so like the hurricane, they start vandalizing stores, houses, a lot of people are afraid the same thing happen,” said gun store owner Samuel Rivera, referring to the lawlessness which engulfed some areas in the aftermath of Hurricane Andrew.

"I’m afraid that if stuff gets worse, people are gonna try to loot ya, I want my protection," said Anthony Martino, who joined the crowd shopping for firearms in Philadelphia.

At Rivera's Gunaholic Custom Gun Shop, women are sparking the surge in sales.

"Especially, we get a lot of ladies, older people, seniors they come and buy firearms and ammo, they are the most vulnerable,” Rivera said.

Carlos A. Ruiz, from the Second Amendment Gun Shop, assures
that the sale of arms and ammunition has increased.

"People who do not need a weapon and never have needed it, because of the collective hysteria that exists, they are buying weapons just in case," Ruiz said.

They’re also buying tasers and pepper spray. Ammunition, however, is in short supply nationwide. Ammo.com says sales have gone up 70%.

“Yesterday I ended up going all the way to West Palm Beach to buy ammo, I couldn’t find anything, all the stores that I went was packed,” Rivera said.

They’re also selling out of bulletproof vests, and Rivera only has two left on his wall.

When people are anticipating a crime wave, they will do whatever they can to protect themselves and their families.

Rivera says he tells his customers they can’t shoot the virus, but likens this phenomenon to people hoarding toilet paper: it's another symptom of the disease.