Police say Oriana Albornoz, 25, threw two rocks at an officer during a protest, hitting him once and injuring his leg. The department provided a video that shows her throwing something at officers standing across the street but it is difficult to discern what it is.

Albornoz was arrested and charged with battery on a police officer. She has pleaded not guilty. The NBC 6 Investigators found police used the facial recognition program Clearview AI to find her.

A recent NBC 6 investigation found police departments across South Florida, including Miami, are using the technology, which identifies people through publicly available photos including social media sites like Facebook, LinkedIn and Instagram. 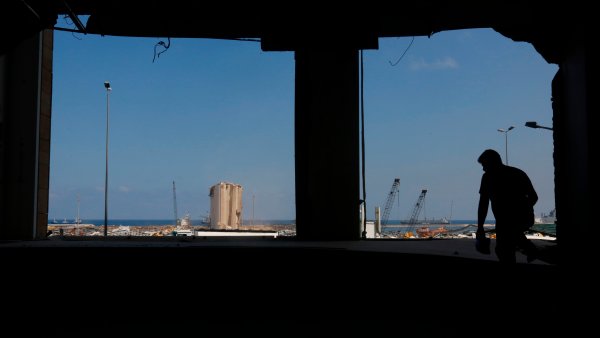 ‘End of the World': Countdown to Beirut's Devastating Blast

South Florida counties are prepared with resources, hotlines and evacuation plans in case a storm poses a threat to residents' safety. Here is a list of important phone numbers and websites that can be used to access county services in Miami-Dade, Broward, Palm Beach and Monroe during a tropical storm or hurricane.

Always call 911 in case of a serious injury or immediate danger.

NBC 6 Meteorologist Steve MacLaughlin has the latest on the 8 a.m. tropical storm update.

A South Florida man was brutally beaten while walking his dog in his neighborhood, and his family believes he was attacked because he's Hispanic.

The attack happened Tuesday night in the area of Southwest 47th Street and 133rd Avenue. Marcelo Labra, 58, was walking his chihuahua, Chandra, when two men started antagonizing him and attacking him, his family said.

"Someone first punched him and the other people held his arms behind his back. And then they just kept beating him and beating him until he was practically unconscious," said Sabrina Enciso, Labra's granddaughter.

A South Florida man was brutally beaten while walking his dog in his neighborhood, and his family believes he was attacked because he's Hispanic. NBC 6's Jamie Guirola reports.

At least three South Florida homeowners say their homes and cars were targeted by paintballers, and they it's all because they display flags supporting President Donald Trump.

The homeowners, who live in Tamiami in the area of Southwest 127th Avenue and Coral Way, said they heard what sounded at first like a machine gun going off around 7:30 p.m. Wednesday.

When they went outside, they said they found paintball splatters on their homes and cars.

Laura Rodriguez has more from the home in Southwest Miami-Dade, where the owner said they were targeted because of their support for the president.

Alyssa Gold is just a teenager, but she’s helping during this pandemic in a big way. The longtime animal lover is assisting families who have been hit financially by COVID-19 by helping them feed their pets.

“So many people are talking about how it’s affecting them," she said. "I was like,  this is affecting animals too, because if people can’t pay for their own food, how can they support their animals?"

Through Ally's Animal Project, people can request the pet food they need. Her reach spans across the United States.

Alyssa Gold is just a teenager, but she’s helping during this pandemic in a big way. The longtime animal lover is assisting families who have been hit financially by COVID-19 by helping them feed their pets.