DeSantis said the executive order would go into effect at midnight Thursday and excludes essential activities.

"Given the unique situation in Florida I'm going to be doing an executive order today directing all Floridians to limit movements and personal interactions outside the home to only those necessary to obtain or provide essential services or conduct essential activities," DeSantis said at a news conference Wednesday. Winter Party Attendee With Coronavirus Fighting for His Life 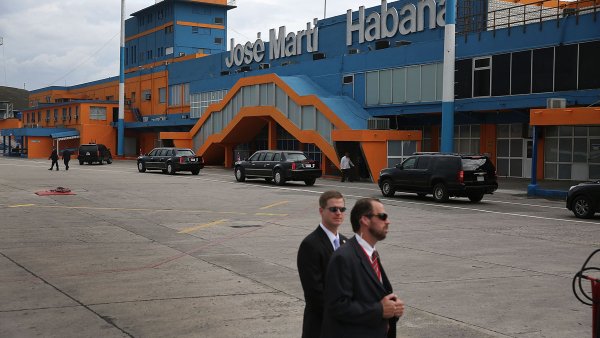 Flights Between US and Cuba Being Suspended Amid Coronavirus Pandemic 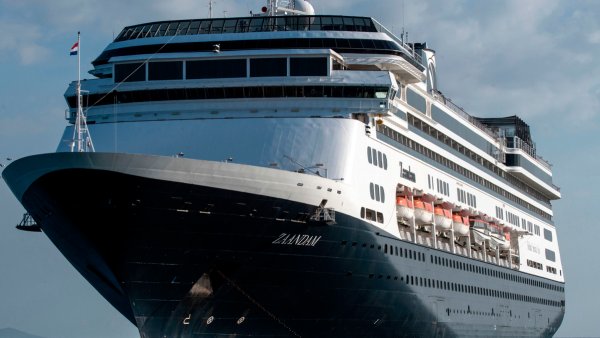 Coast Guard: Cruise Ships Must Stay at Sea With Sick Onboard

The order will make exceptions for buying food, medicine and gas, visiting the doctor, outdoor exercise and commuting to jobs deemed essential. All businesses not considered essential must close their offices and stores, but can let employees work from home where feasible.

DeSantis told reporters that he is issuing the order after consulting with President Donald Trump and White House advisers, who have said that Americans need to stay home throughout April.

"At this point, I think even though there's a lot of places in Florida that have very low infection rates, it makes sense to make this move now," DeSantis said. "I did consult with folks in the White House, I did speak with the president about it, he agreed with the approach of focusing on the hot spots but at the same time he understood that this is another 30-day situation and you have to do what makes the most sense."

DeSantis' move came hours after the U.S. surgeon general, Dr. Jerome Adams, said on NBC's “Today” show that he would tell DeSantis that the federal guidelines for social distancing should be viewed as “a national stay-at-home order.”

"I think that's a signal from the president that look, this is what we're gonna be fighting for a month, there's not gonna be any kind of return to normalcy, people thought Easter, all that, that's not gonna happen," DeSantis said.

Despite criticism from Democrats and others, DeSantis had previously refused to issue a statewide lockdown like many other states have imposed, saying it wouldn't be fair to counties with few or no reported cases.

NBC 6's Kristin Sanchez has more as Feeding South Florida and other groups seek help during the crisis.

Miami-Dade COVID-19 cases climbed to 2,416 Wednesday, while Broward was at 1,348, according to figures released by the Florida Department of Health. Broward had at least 13 coronavirus-related deaths while Miami-Dade had 11 reported deaths.

Florida's total confirmed cases increased to 7,773, including 7,495 Florida residents and 278 non-Florida residents. The Miami-Dade totals accounted for 32 percent of the state total.

The death toll increased from 85 to 101, and nearly 1,000 people remained hospitalized statewide Wednesday.

Palm Beach County cases rose to 616, with 22 deaths, while Monroe had 30 cases and no related deaths. The Palm Beach total was the most for any none county in the state.

On Monday, DeSantis issued an executive order to make a common set of rules for safer at home policies for the four counties in southeast Florida that have been hit hard by coronavirus.

A new, dire prediction from the White House says as many as 240,000 people could die in the United States from the coronavirus pandemic — unless Americans willingly stay at home. So far, 32 states issued stay at home orders, covering three out of four Americans.

The counties have already ordered the closures of non-essential retail businesses, beaches and parks.

Also on Tuesday, Florida announced that all public and private school campuses would be closed until at least May.

“While we work together to mitigate the spread of COVID-19, one constant remains—students can and will continue to receive a great education in Florida. It is essential that students do not fall behind and are still receiving instruction, even when they are not in the classroom,” Florida Commissioner of Education Richard Corcoran said in a statement.

A University of Washington model is projecting that Florida could see a rapid increase in deaths and hospitalizations, with 100 people dying daily by mid-April and more than 175 by May 1, when the number nears its peak. It predicts that 10,000 people will need hospital care by mid-month and 20,000 on May 1. The model predicts that more than 6,500 Floridians will die from the virus by June 1, among more than 90,000 deaths nationally.

DeSantis did not dispute those numbers Wednesday when asked.

"This thing is really nasty,” DeSantis said. “It’s something that’s caused a lot of harm to a lot of people.”