State prosecutors wrapped up a dozen days of presenting tearful testimony and gruesome evidence in the sentencing trial of Parkland school shooter Nikolas Cruz on Thursday.

Seven family and friends of victims Peter Wang, Helena Ramsay, and Chris Hixon were the last to explain how they’ve been affected by the murders of 17 and wounding of 17 more at Marjory Stoneman Douglas High School on Feb. 14, 2018. 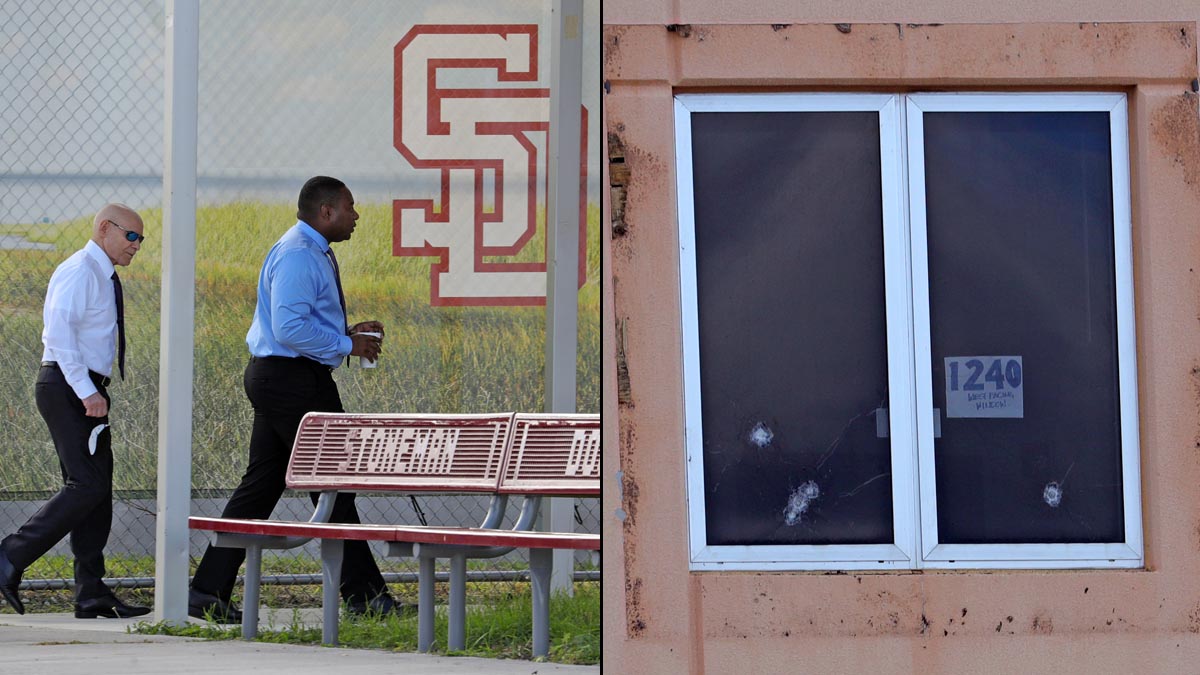 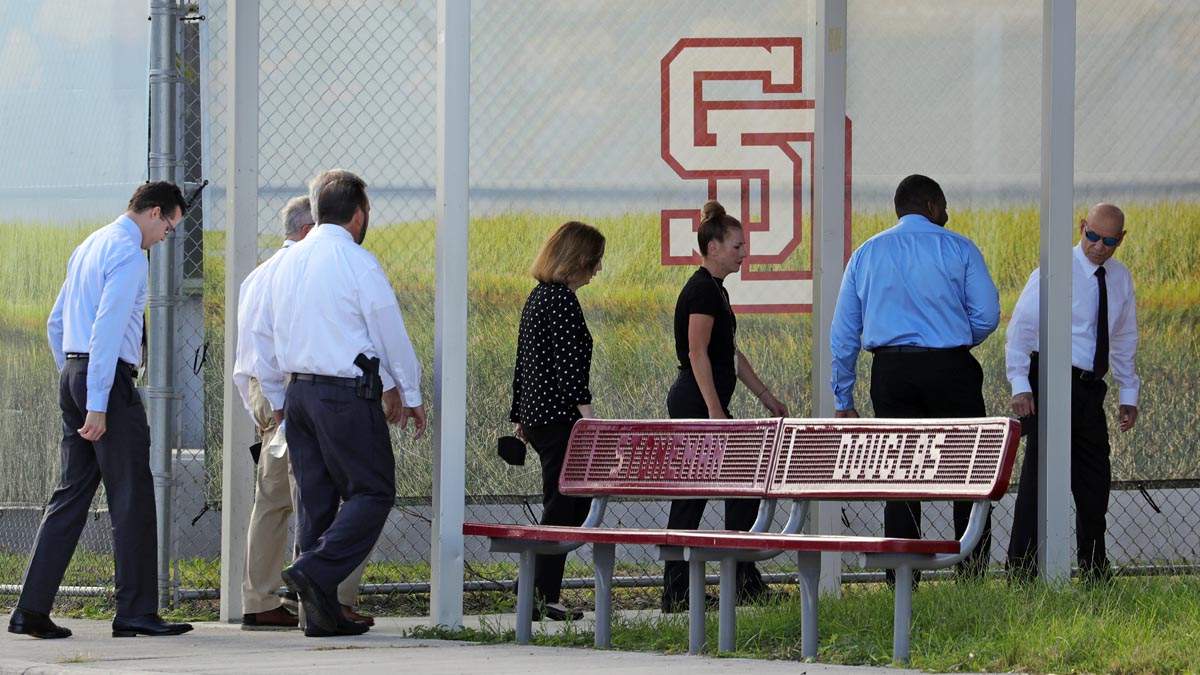 PHOTOS: Jurors in Parkland Shooting Trial Tour School Building Where 17 Were Gunned Down

Perhaps the fewest words expressed the most pain when a sharply-dressed Corey Hixon sat next to his mother Debbie Hixon on the witness stand.

“I miss him,” said Corey Hixon, who has Down Syndrome.

“Every Saturday we went [for] doughnuts,” he said, while hugging his mother and crying.

Chris Hixon was a U.S. Navy Desert Storm veteran-turned-high school coach, athletic director and security monitor who mentored students, bought them food and school supplies, and even took two into his home to prevent them from dropping out of school.

His oldest son Thomas joined the U.S. Marine Corps and testified via Zoom Thursday about the ripple effect his father’s murder continues to have on family, friends, and the community.

“Even though he should still be here with us making memories, he will always be remembered for his courage, his bravery, his leadership, his humility, and his humor,” Thomas Hixon said.

Jurors in the trial of Florida school shooter Nikolas Cruz have toured the still-bloodstained building where he murdered 17 people four years ago. The 12 jurors and their 10 alternates were bused to Parkland's Marjory Stoneman Douglas High School on Thursday along with the judge, prosecutors and Cruz's attorneys.

Widow Debbie spoke of the plans they had made that would never be fulfilled.

“I’m blessed for the life we shared,” she said. “I’m heartbroken our plans ended too soon.”

Jurors also heard from two cousins and a friend of 15-year-old victim Peter Wang, who was a JROTC member at Stoneman Douglas.

“I remember the day Peter was killed. I was in complete denial,” said cousin Aaron Chen. “I thought if I could find him and bring him home everything would be okay.”

After the 2016 PULSE nightclub mass shooting happened in Orlando, Helena and her friends went to a benefit concert to support the victims.

“As Helena’s mother, I was most impressed by Helena’s wisdom and strength of character as a young girl,” she said.

Helena was murdered on her father Victor’s birthday.

“That day will never be a celebration,” Anne Ramsay said. “Now it’s filled with pain, as is every day."

Jurors in the trial of Florida school shooter Nikolas Cruz have toured the still-bloodstained building where he murdered 17 people four years ago. The 12 jurors and their 10 alternates were bused to Parkland's Marjory Stoneman Douglas High School on Thursday along with the judge, prosecutors and Cruz's attorneys.

The sentencing trial will be in recess until Aug. 15 when lawyers will discuss what experts will be called to testify and what evidence will be presented in Cruz’s defense.

The jury returns Aug. 22 when the defense team is expected to plead for a life sentence for the 23-year-old admitted killer. A death sentence would require a unanimous jury vote.