H.R. 4301 would direct three federal agencies to report annually on school shooting statistics, including the motivations of the shooters and how they acquired guns.

There’s a sadness which will always linger in Parkland, as it does wherever a mass school shooting occurs. Now the latest effort to prevent these tragedies focuses on studying each incident.

“We don’t really know how bad this grisly picture is, we don’t know the scope of the problem, my colleagues and I want to fill that data and information vacuum,” said U.S. Representative Debbie Wasserman-Schultz, (D) Weston, speaking in a Zoom meeting Monday morning.

Wasserman-Schultz is proposing a bill called the School Shooting Safety and Preparedness Act, which, among other things, would create a definition of what qualifies as a school shooting.

"We’ve got to define what school shootings are in order to gather data and craft policy to prevent them, we need to understand what makes schools vulnerable to and targets of these devastating attacks, what motivations underlie them, what firearms were used, and how they were acquired," said U.S. Representative Ted Deutch, (D) Parkland, a supporter of the bill. "We need to understand what safety measures were successful in preventing tragedy and saving lives." 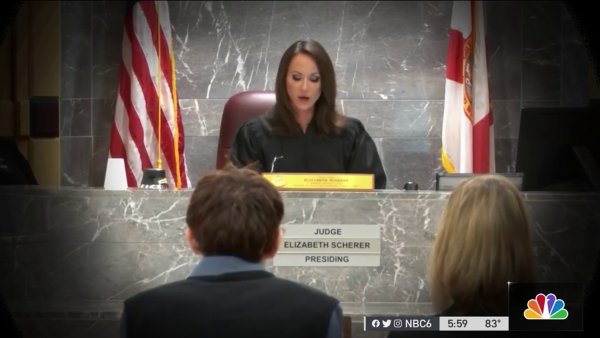 H.R. 4301 would direct three federal agencies to report annually on school shooting statistics, including the motivations of the shooters and how they acquired guns. It would also track prevention efforts at each school to see what worked and what didn’t.

“Well when I look at this bill, I think it’s really incomplete,” said Tony Montalto, president of the non-partisan group, Stand With Parkland. “We need to make sure that we don’t just gather information, that we take that information, give it to the people that have been working for years on how to prevent this, and use it to make our students and staff safer at school.”

Montalto lost his daughter, Gina, in the Parkland massacre. He’s referring to utilizing the expertise of the Secret Service and its Threat Assessment Center, which has already done extensive research on school shootings, including ways to identify potential shooters.

“And the idea is to identify someone who needs help and get them the help they need before they resort to violence," he said. "If we’re gonna stop school shootings we’ve gotta learn to be proactive."

Stand With Parkland advocates for improved physical security on campus, increased and better mental health support for students, and what it calls responsible firearms ownership. Montalto said the new bill would be useful but he hopes it will be combined with two other, bipartisan school safety bills which have already been filed, the Eagles’ Act and the Luke and Alex School Safety Act.

“Bring together all these vital things that should be bipartisan to make our schools safer for our teachers and students,” Montalto said.