Authorities released new surveillance footage of the suspects in the Sunday morning shooting outside a Miami-Dade County banquet hall that left two people dead and more than 20 others injured.

MORE ON THE BANQUET HALL SHOOTING 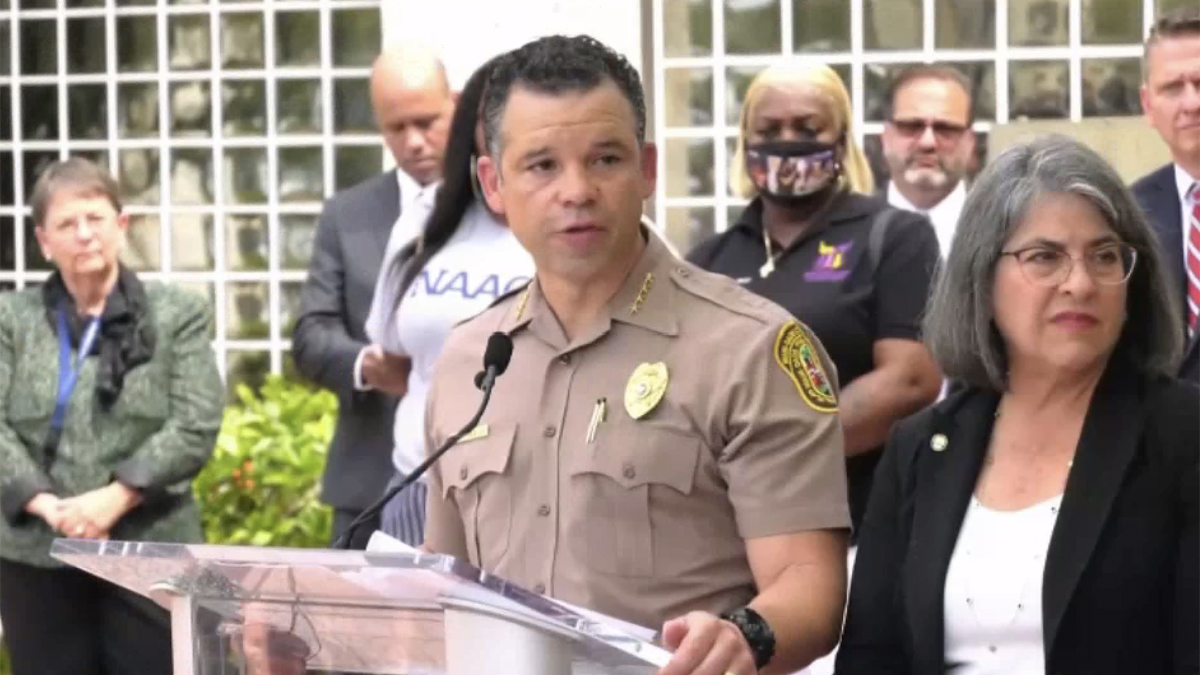 ‘This Is Unacceptable': Miami-Dade Leaders Seek End to Violence After Deadly Shootings

The trio is seen getting out of a white Nissan Pathfinder armed and wearing masks, then getting back in the SUV and fleeing the scene.

The banquet hall had been hosting a release party for a local rap artist when gunfire erupted around 12:30 a.m.

Miami-Dade Police officials in South Florida said several people were standing outside when the gunmen began shooting indiscriminately into the crowd.

NBC 6 has team coverage as police and families of those injured and killed search for answers and hope those responsible in the case to step forward.

Two 26-year-old men were killed at the scene. Police haven't released their identities, but one man said his son, Clayton Dillard III, was killed in the shooting.

Twenty-one other people were shot, eight of whom were transported to hospitals from the scene and the rest drove themselves to the hospital, police said.

Of the other victims, three had been released from the hospital as of Monday morning, including a 17-year-old who had been shot in the leg, police said.

Rodney Thomas said his 27-year-old daughter, Kadedra Thomas, was shot multiple times in the back but was expected to survive.

Officials on Monday said the shooting resulted from an ongoing rivalry between two different groups, and said the intended target most likely was outside the hall at the time of the shooting.

No arrests have been made, but police said they are still receiving tips.

"We will do everything, everything we can and use every resource available to bring these people to justice. We will leave no stone unturned, we will leave nothing behind to bring these shooters to justice," Miami-Dade Mayor Daniella Levine Cava said at a news conference Monday morning. "We need your help, we need information, we need you to come forward if you have information."

The shooting came about a day after a drive-by shooting in Wynwood that left one person dead and six others injured.