The death toll rose by two on Monday, to a total of 11 confirmed dead

Rescuers' search for survivors entered a sixth day Tuesday, as crews working the site of the South Florida condo building collapse have used bucket brigades and heavy machinery atop a precarious mound of pulverized concrete, twisted steel and the remnants of dozens of households.

Authorities said Monday evening that the efforts are still a search-and-rescue operation, but no one has been found alive since hours after the collapse on Thursday. Eleven people have been confirmed killed, and 150 others are still missing in the community of Surfside, just outside Miami Beach. 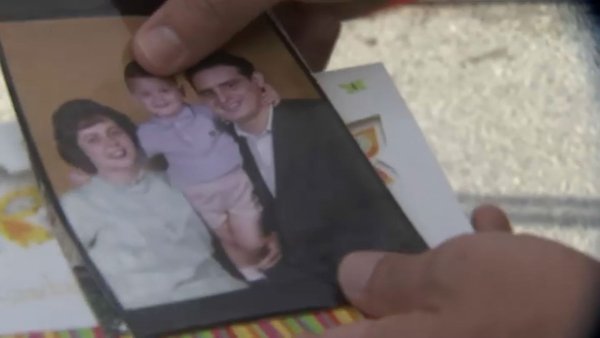 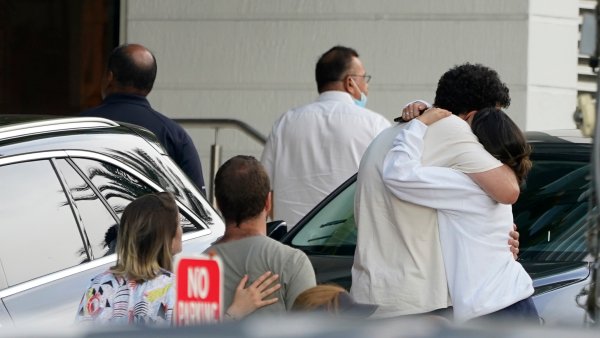 Rescue crews pulled two more bodies from the rubble Monday, Miami-Dade Mayor Daniella Levine Cava said. All of the victims that were found were scattered throughout the debris field.

"We have people waiting and waiting for news. That is excruciating. We have them coping with the news that they may not have their loved ones come out alive. This is the kind of information that is excruciating for everyone," Levine Cava said. "They know we’re working around the clock on search and rescue efforts. They know we’re with them as our police director said today they are our family now. I believe that they feel that and recognize that even through the pain."

The pancake collapse of the 12-story building left layer upon layer of intertwined debris, frustrating efforts to reach anyone who may have survived in a pocket of space.

“Every time there’s an action, there’s a reaction,” Miami-Dade Assistant Fire Chief Raide Jadallah said during a news conference. “It’s not an issue of we could just attach a couple of cords to a concrete boulder and lift it and call it a day." Some of the concrete pieces are smaller, the size of basketballs or baseballs.

Underscoring the dangerous nature of the work, he noted that families who rode buses to visit the site on Sunday witnessed a rescuer tumble 25 feet down the pile. Workers and victims must both be considered, he said.

Relatives continued their visits on Monday. From outside a neighboring building, more than two dozen family members watched teams of searchers excavate the building site. Some held onto each other for support. Others hugged and prayed. Some people took photos.

Officials said the number of rescue workers at the site was around 370, making it the largest non-hurricane deployment in the state's history.

"The search continues and it will not stop until there's a resolution," Florida Gov. Ron DeSantis added.

People gathered for prayer and remembrance Monday for the victims of the Surfside collapse. NBC 6's Julie Leonardi reports

Early Monday, a crane lifted a large slab of concrete from the debris pile, enabling about 30 rescuers in hard hats to move in and carry smaller pieces of debris into red buckets, which are emptied into a larger bin for a crane to remove. The work has been complicated by intermittent rain showers, but the fires that hampered the initial search have been extinguished.

Jimmy Patronis, Florida’s chief financial officer and state fire marshal, said the same number of people were on the ground in Surfside as during Hurricane Michael, a devastating Category 5 hurricane that hit 12 counties in 2018.

Others who have seen the wreckage up close were daunted by the task ahead. Alfredo Lopez, who lived with his wife in a sixth-floor corner apartment and narrowly escaped, said he finds it hard to believe anyone is alive in the rubble.

"If you saw what I saw: nothingness. And then, you go over there and you see, like, all the rubble. How can somebody survive that?” Lopez said.

NBC 6's Amanda Plasencia spoke with families at the Surfside assistance center, where family members are waiting for more answers about their missing loved ones.

While most rescue teams were from the area, others came from elsewhere, including a small group of rescue workers from the Mexican group Cadena International.

The group was using a suitcase-size device that uses microwave radar to “see” through concrete slabs and pick up heartbeats and other sounds up to 40 feet inside and under the rubble. But as of Monday, the group had not detected any heartbeats or sounds, said Ricardo Aizenman.

“We are still working all the way, and we are hopeful for a miracle," he said, adding that the best window for rescue is in the first 72 hours.

After that time, hydration becomes the biggest challenge, he said. He added that the on-and-off rain happening since the collapse could actually help as a source of water.

“People can live up to 15, 16 days with only water, drops of water,” he said. “There are still chances. We have to keep up the high hopes.”

Authorities on Monday insisted they are not losing hope.

“We’re going to continue and work ceaselessly to exhaust every possible option in our search," Levine Cava said Monday.

Deciding to transition from search-and-rescue work to a recovery operation is agonizing, said Dr. Joseph A. Barbera, a professor at George Washington University. That decision is fraught with considerations, he said, that only those on the ground can make.

Barbera coauthored a study examining disasters where some people survived under rubble for prolonged periods of time. He has also advised teams on where to look for potential survivors and when to conclude “that the probability of continued survival is very, very small.”

“It’s an incredibly difficult decision, and I’ve never had to make that decision,” Barbera said.

As time goes on, he said, teams will begin a process called "rapid delayering, where you take more risk by moving larger amounts of rubble, because you recognize you’re running up against the time factor for survival.”

How long a person can survive depends on a host of issues, including the availability of water, the severity of any injuries and the degree to which they are trapped, Barbera said.

The people living in Champlain Towers South, two years prior to the collapse, had concerns about construction next door -- and voiced it to city officials. NBC 6 Investigator Phil Prazan has more

“The human dimension is huge -- the uncertainty that you could be leaving someone alive behind by ending too early,” Barbera said. “Families continue to have hope, as do rescuers, which is why you continue to see them pushing so hard within these difficult conditions.”

The ultimate decision to move into the recovery phase, he said, will have to be made "with the involvement of the political authority because they’re the ultimate authority over this.”

The building collapsed just days before a deadline for condo owners to start making steep payments toward more than $9 million in repairs that had been recommended nearly three years earlier, in a report that warned of “major structural damage."

A federal team of scientists and engineers who examine structural failures are conducting a preliminary investigation at the site and will determine whether to launch a full probe of what caused the building to come down. The National Institute of Standards and Technology also investigated disasters such as the collapse of the twin towers on 9/11, Hurricane Maria’s devastation in Puerto Rico and a Rhode Island nightclub fire that killed 100 people. Previous investigations have taken years to complete.