Israeli crews who were among the first international teams to respond to the tragedy at the Champlain Towers South in Surfside are preparing to return home on Sunday.

Before their departure, a ceremony was held Saturday to thank the crews for their help, where Miami-Dade County Mayor Daniella Levine Cava decorated the heroes with medals.

This comes after 17 days of search and rescue efforts that turned to recovery efforts once the standing portion of the building was demolished.

The death toll in the Surfside condo collapse rose to 86 on Saturday after recovery teams discovered seven more bodies in the rubble of the Champlain Towers South.

"Please pray for all of those who have lost loved ones and whose hearts are broken from this unspeakable tragedy, and for those who are still waiting," Levine Cava said.

Work at the collapsed site entered day 17 Saturday. Crews have toiled around-the-clock despite a somber change in mission from rescue to recovery earlier this week. Levine Cava thanked those who have been a part of the recovery effort.

"I want to thank everyone around the world and here at home, from the bottom of my heart, who have been caring for us every day for the last 16 plus days, and especially to the extraordinary teams from our local community and state and around the country who are part of the largest ever non-hurricane emergency response effort in Florida's history and especially the first responders," Levine Cava said.

The mayor said teams paused briefly atop the pile to mark the two-week anniversary of the disaster, but there was no let-up in the pace or number of rescuers at the site. 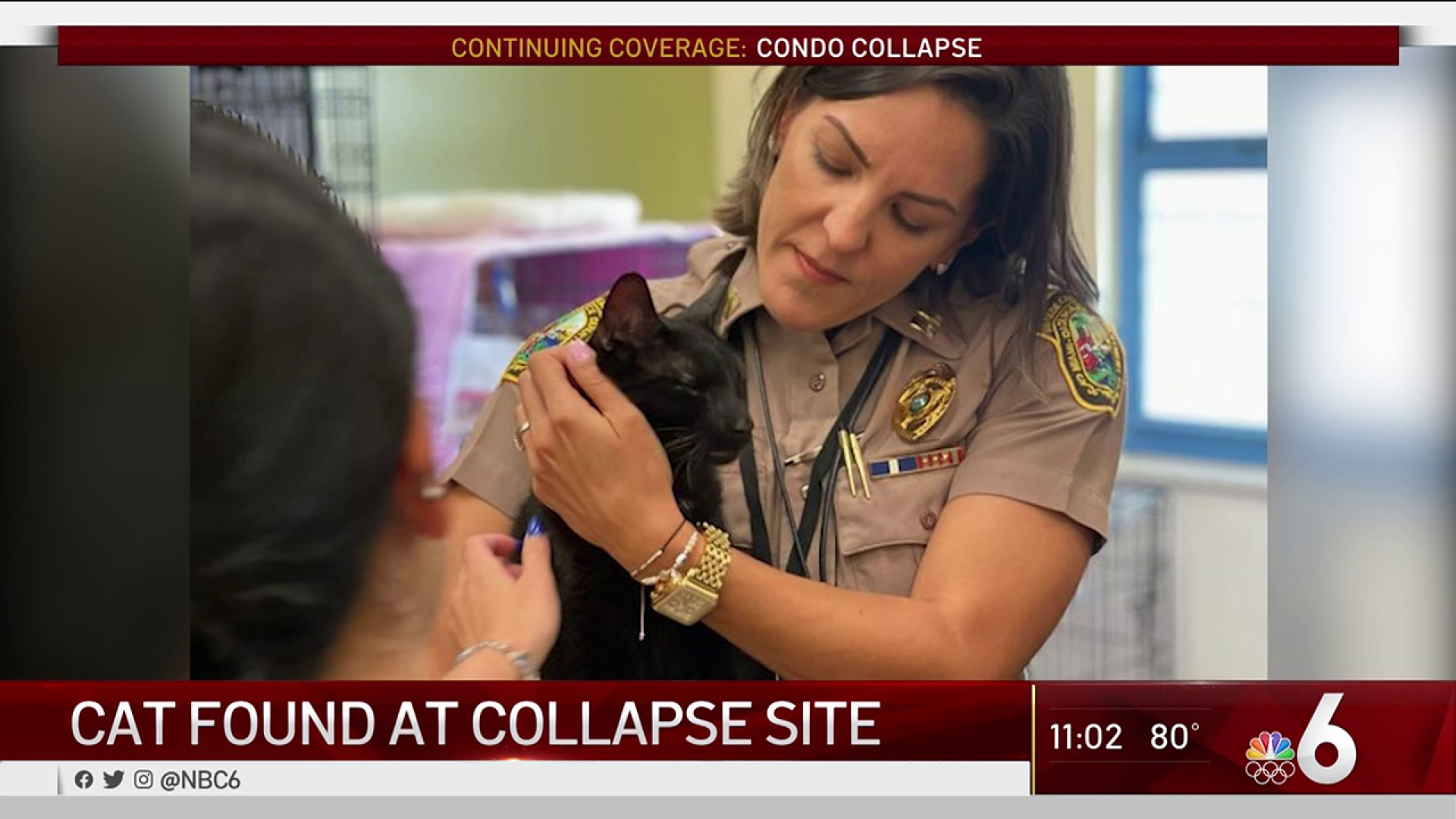 The number of bodies recovered has put a strain on the Miami-Dade Medical Examiner's Office, with the medical examiner from neighboring Broward County now helping. The mayor said more than 60 of the 86 victims have been identified.

Detectives are still working to verify that each of those listed as missing were actually in the building when it collapsed.

Meanwhile, officials said Saturday that there has been an increase in the number of victims recovered because crews have been able to remove a large amount of debris from the pile. More than 13 million pounds of concrete and debris have been hauled away from the site, officials said. Surfside Mayor Charles Burkett said that the pile is now ground level and below in some areas.

Officials also identified the bodies of eight victims who were recovered during the week. They are: Elena Blasser, 64, Elena Chavez, 87, Nicole Langesfeld, 26, Ana Mora, 70, Marina Restrepo Azan, 76, Miguel Pazos, 55, Richard Rovirosa, 60, and Oresme Gil Guerra, 60. The bodies of a 5-year-old and a 44-year-old who were recovered this week were not identified at the request of the families.

At the same news conference, officials said one rescue worker had to be hospitalized after suffering a cardiac incident, while another was hospitalized for a laceration. A Miami-Dade Police officer also had their foot run over by a truck, officials said.

Burkett said Saturday he hopes to financially assist all the businesses that have been impacted by the Surfside condo collapse.

"I want to announce that I'm working to put together a fund for our downtown businesses who have been shut down during the entire time this tragedy has been unfolding," said Burkett. "Not only were they shut down, but while they were shut down, they were making and delivering food to all the support support teams, search and rescue teams and others. Given their generosity and their compassion, I feel it's my duty to do whatever I can do to help them get through this difficult time."

Rep. Debbie Wasserman Schultz, D-Fla., and Gov. Ron DeSantis have also pledged financial assistance to families of the victims, as well as to residents of the building who survived but lost all their possessions.

On Friday afternoon, DeSantis signed an executive order that removes the burden of property taxes for the families and residents of Champlain Towers South.

NBC 6's Johnny Archer is in Surfside where he spoke with Florida State Fire Marshal Jimmy Patronis about how the demolition has helped speed up the process.

DeSantis said the state government will also work toward channeling an outpouring of charitable donations to families affected by the collapse.

Levine Cava said crews were also collecting and cataloguing numerous personal items, including legal documents, photo albums, jewelry, and electronic goods that they would seek to reunite families with.

Hope of finding survivors was briefly rekindled after workers demolished the remainder of the building, allowing access to new areas of debris.

Some voids where survivors could have been trapped did exist, mostly in the basement and the parking garage, but no one was found alive. Instead, teams recovered more than a dozen additional victims.

Nearly three weeks since a 12-story condo partially collapsed in Surfside, Fla., first responders have now recovered the bodies of 97 victims. As many as 8 people are still unaccounted for.

Meanwhile, the Miami-Dade County Courthouse will begin undergoing repairs immediately after a review, prompted by the Surfside condo collapse, found that safety concerns exist within the courthouse, officials said.

A joint statement from Levine Cava, Circuit Court Chief Judge Nushin Sayfie and Clerk of Courts Harvey Ruvin released late Friday said an engineer's report recommended floors 16 and above be closed to staff at the courthouse. The leaders decided all courthouse employees would go back to working from home.

The statement said workers only recently returned to the building after working remotely due to the coronavirus pandemic. Court operations will go back to a remote format until the safety concerns are addressed, but specific details about what repairs are needed were not disclosed.