‘We Were So Lucky': Family Narrowly Survived Surfside Condo Collapse

A family who survived the Surfside condominium collapse said they were mere feet from losing their lives.

Albert Aguero, his wife and two children, who are from New Jersey and on vacation in South Florida, were in unit 1106 of the 12-story Champlain Towers South Condo, right by the wing that suddenly collapsed early Thursday. 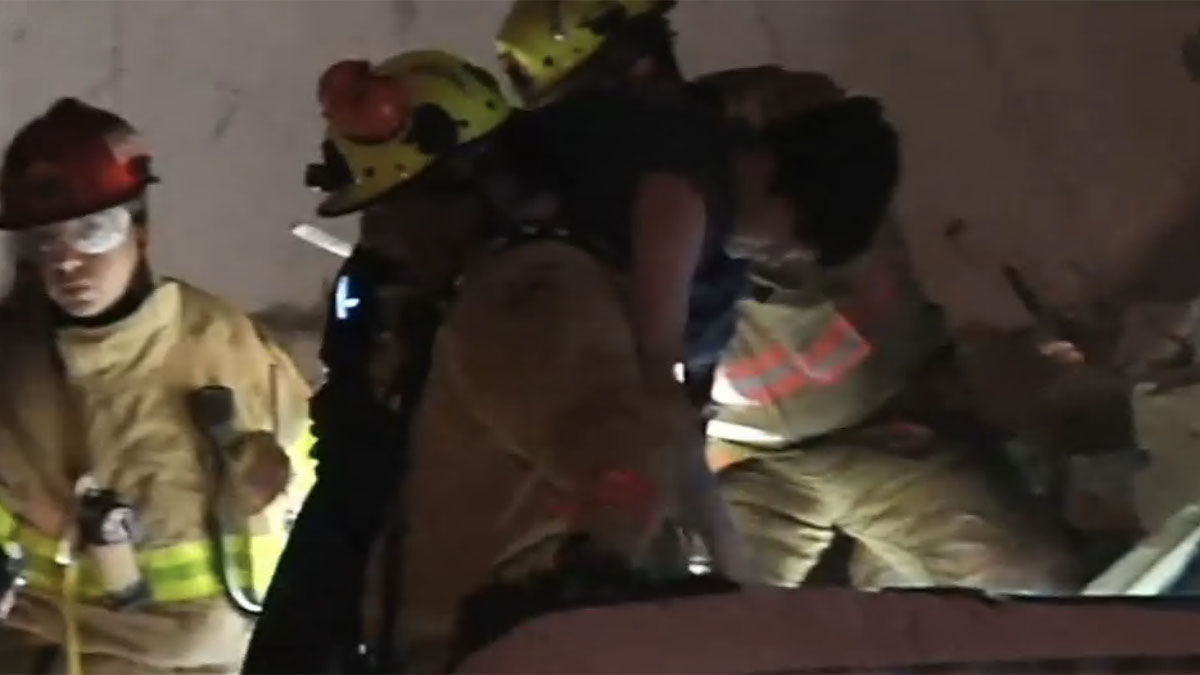 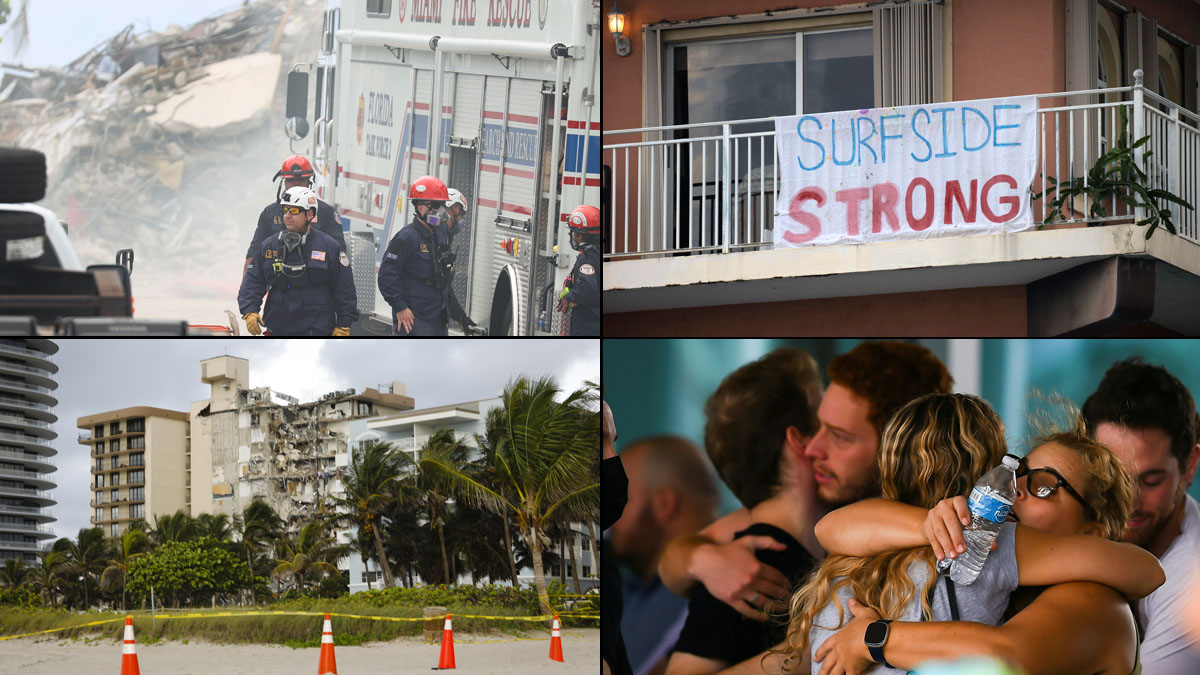 Aguero said he woke up around 1:15 a.m. and felt the building shaking and the walls moving, and noticed the chandeliers were swaying as the power went out.

"I look out onto the balcony and the entire building is covered by a grey cloud," Aguero said.

While he initially thought the building had been struck by lightning, Aguero said when he saw fire trucks arrive and went outside and was told by firefighters to evacuate, he knew it was serious.

Aguero said he grabbed a few items and he and his family began to make their way out of the building, and were stunned by the destruction they saw.

"I looked to my left and half of the apartment is gone, look forward and the elevator shaft is there and there's no elevator, it's just two holes," Aguero said. "Panic starts to set in, like we need to really run, because I don't know if the rest of it is coming down. We got to the stairwell and when we opened the door, that's when everything really hit, because half the wall to the stairwell was missing, it was kind of open air stairs, so now we're just racing down as fast as possible."

Aguero said his family got down to the third floor and found a young woman clinging to an elderly woman, and helped them get to the ground floor.

"The first floor had probably collapsed like three feet, so now we had to crawl up rubble with this elderly lady and get her up over that," he said. "We hopped over, walked outside to the pool area and now there's a huge gap about three-foot, where that was really kind of a challenge."

Aguero and his family were able to get over the gap and help the elderly woman over, then they sprinted to the beach.

At least four people were killed and nearly 160 remained unaccounted for Friday, as rescue workers continued to search through the rubble for possible survivors.

Aguero said they left behind passports, vaccination cards and even his wife's wedding rings that he'd like to retrieve, but he understands how dangerous the site remains.

"If I had five minutes I could get everything I need but there were folks that didn't get five minutes so I really feel for them, we're just thankful to be alive," he said.