Nearly 35,000 mail-in ballots have already been turned in statewide. But a recent study by ACLU Florida found that mail-in ballots cast by younger and minority voters don't count at the same rate as older, white voters.

This study by researchers at the University of Florida found that in 2018, “younger, first time, and racial and ethnic minority voters are at least twice as likely as older and white voters to have the VMB ballot rejected.”

“What we are seeing is a lot of people who haven’t voted by mail before are moving into that system and are making some mistakes, and that is causing -- you can call it -- disenfranchisement," said Dan Smith, a political science professor at the University of Florida, who conducted the study along with Anna Baringer. 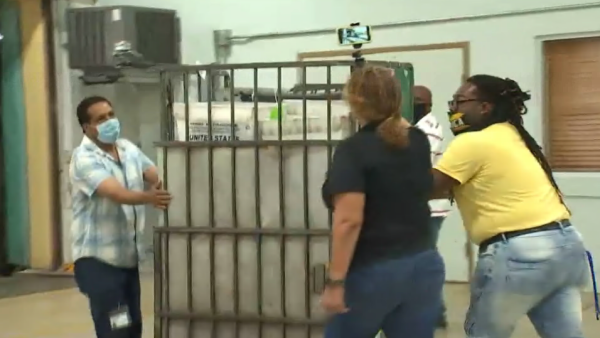 The study saw some consistent patterns that played out in the 2016 election and in most recent elections.

"That is younger voters are disproportionately likely to have their ballots rejected either because of a signature issue or because they come in late," Smith said.

Smith’s research team found wide disparities in the rejection rates of mail-in ballots across Florida’s 67 counties. The rejection rate for these groups highlighted averaged about 2%.

“Perhaps it's education issues with respect to civic education and knowing how to vote a ballot. Perhaps it has to do with not understanding the rules and making sure your ballots get in on time -- but whatever the reason, there are disparate effects of voting by mail," Smith said.

Community activists say the findings are another reason why voters should turn in their ballots early.

“That says that (organizations) need to pump up our education towards specifically Black and brown communities and new voters,” said Monica Skoko-Rodriguez, the president of the Miami-Dade League of Women Voters.  The League has been very active in getting the vote out this fall and includes the message to have voters cast their ballots from the safety of their home.

“We strongly believe that vote by mail is an essential part of the voting process. More than anything it makes voting more equitable,” Skoko-Rodriguez said.

The data from the August primary in Miami-Dade is clear. Over 4,300 mail ballots were rejected because they arrived late, and over 3,200 were because they were not signed.

The Miami-Dade Election Headquarters are going to start sending out more than 500,000 vote-by-mail ballots on Thursday.

In Broward, the mail in ballots are already starting to arrive at voters' homes at record numbers.