Fourteen states and one U.S. territory will hold "Super Tuesday" primaries or caucuses on March 3. The elections will award 1,344 delegates for the Democratic presidential candidates, more than a third of the total up for grabs before the party's convention in July.

Republican primary voters will also cast ballots in all Super Tuesday states except Virginia, where the state Republican Party canceled its primary election to throw delegate support behind the incumbent, President Donald Trump.

This year's Super Tuesday includes the nation's two most populous states — California and Texas. The delegate haul could potentially elevate one candidate or force one (or more) out of the race.

Here's what else you need to know ahead of Tuesday's races:

Why Is It Called Super Tuesday?

The phrase "super-Tuesday" dates back to at least 1976 and was used to describe the final Tuesday of the primary season in June, when a key group of states that included California, Ohio and New Jersey cast votes. But the first "Super Tuesday" as we know it today occurred in 1988 when a dozen Southern states banded together in an effort to nominate a more moderate Democrat who could win in the general election, according to NBC News.

After back-to-back failed attempts to get liberal-leaning Democrats in the White House in the 1984 and 1980 elections, the South wanted to reassert its influence in the election process. Using a concept known as "front-loading" the primaries, the goal was to give momentum to a candidate who could win in the general election by appealing to Southern voters.

In the 1988 election, the moderate vote was split between Sen. Al Gore of Tennessee, who won the five upper South states, and Rev. Jesse Jackson, who swept seven in the Deep South. Massachusetts Gov. Michael Dukakis, a liberal, won eight states on Super Tuesday and, eventually, the nomination. In the general election, Republican candidate George H.W. Bush trounced Dukakis.

It finally paid off in 1992 when Arkansas Gov. Bill Clinton claimed a big Super Tuesday win in several Southern states after losing earlier primaries. Clinton's appeal to moderate and independent voters helped him clinch the nomination and go on to win the White House.

Both parties eventually set rules to discourage "front-loading." In 2006, the Democratic National Committee's Commission on Presidential Timing and Scheduling approved rules to cement New Hampshire and Iowa's first-in-the-nation status, add Nevada and South Carolina to diversify the early-voting states' electorate, award bonus delegates to states that held their primaries later in the year and punish those who violated the guidelines.

When Florida and Michigan held their 2008 primaries in January, the DNC refused to seat the delegates of both states at the national convention but eventually compromised to allow half of them to attend. The RNC banned half of the states' delegates from its convention.

Which States Are Voting on Super Tuesday?

More states will hold primaries or caucuses on Super Tuesday than on any other day in the election cycle.

This year, Alabama, Arkansas, California, Colorado, Maine, Massachusetts, Minnesota, North Carolina, Oklahoma, Tennessee, Texas, Utah, Vermont and Virginia will hold contests on Super Tuesday. Democrats who live in American Samoa, which has been a U.S. territory since 1900, will caucus on Super Tuesday.

The states competing in Super Tuesday races vary by election year. In 2016, 12 states and one territory held primaries, and in 2008 a whopping 25 states and territories held their contests on a single day.

Who's on the Ballot on Super Tuesday?

The five remaining Democratic candidates for president will be on the ballot in every Super Tuesday state and territory.

On the Republican side, former Massachusetts Gov. Bill Weld is hoping to be an alternative to the incumbent Trump.

Additionally, some ballots will include lesser-known candidates and a few who dropped out of the race after registering to be on the ballot, like former South Bend Mayor Pete Buttigieg and businessman Tom Steyer, both of whom suspended their campaigns over the weekend after weak showings in the South Carolina Primary. Sen. Amy Klobuchar of Minnesota dropped out of the race less than 24 hours before voters headed to the polls in 14 states.

The field of Democratic 2020 presidential candidates is narrowing. Here's who is still in the race.

My State Is Voting on Super Tuesday. Where Is My Polling Place?

Voters can confirm polling station locations and times on their state's election website by clicking on their state below. Registered voters can also verify on the election sites their voter status, whether their state allows same-day registration, election deadlines and if their primary is open — doesn't require voters to be affiliated with a political party — closed or semi-closed. 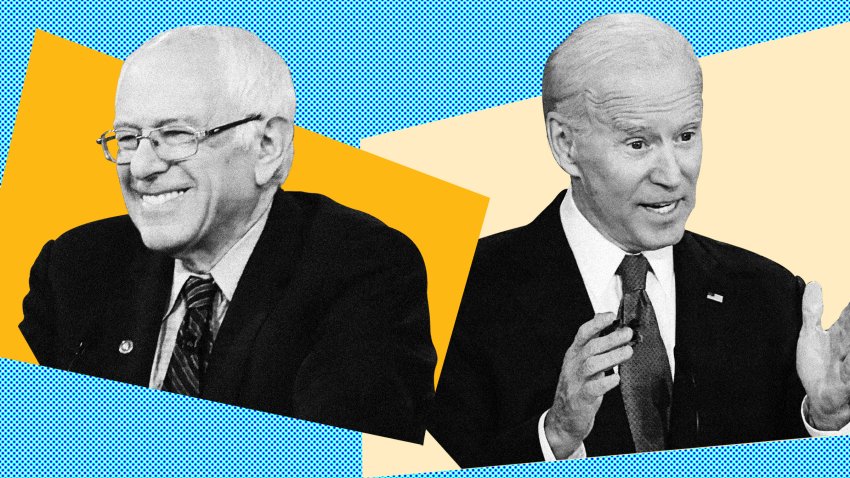 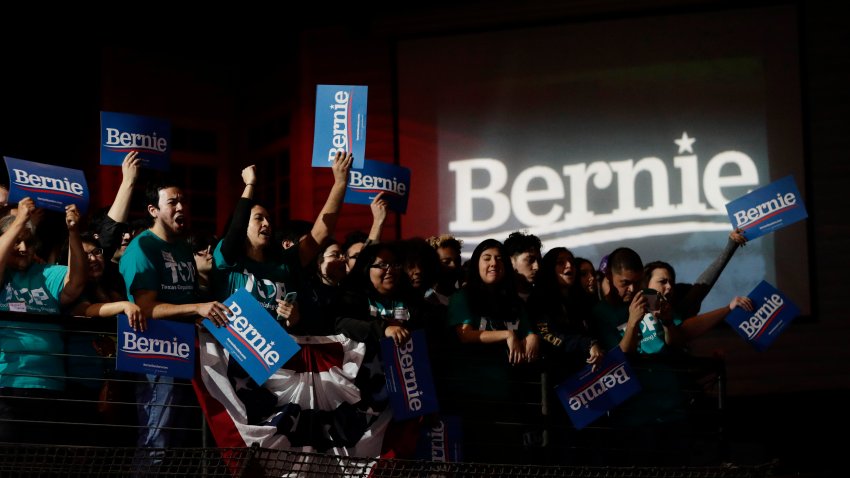 One Clear Message From Democrats: We Want Big Change

How Will the Delegates Be Allocated?

Each state has a certain number of delegates split among the congressional districts (except Vermont which only has one). There are also a number of "at-Large" National Convention delegates and pledged "party leaders and elected officials" (PLEOs) delegates.

The Democratic Party allocates district-level delegates proportionately based on the share of votes a candidate receives in that district's primary or caucus. The "at-large" and PLEOs delegates are divvied-up proportionately based on the statewide vote totals. However, there is a 15 % minimum threshold for a candidate to receive any delegates at either the congressional district or statewide level.

Conversely, if only one candidate hits the 15% threshold, then that person gets all the delegates.

In the Republican race, the GOP has three different methods for allocating their delegates. Some states follow the Democratic Party's model of proportional allocation and other states use a winner-take-all method, awarding all their delegates to the candidate who receives the most votes in the state. 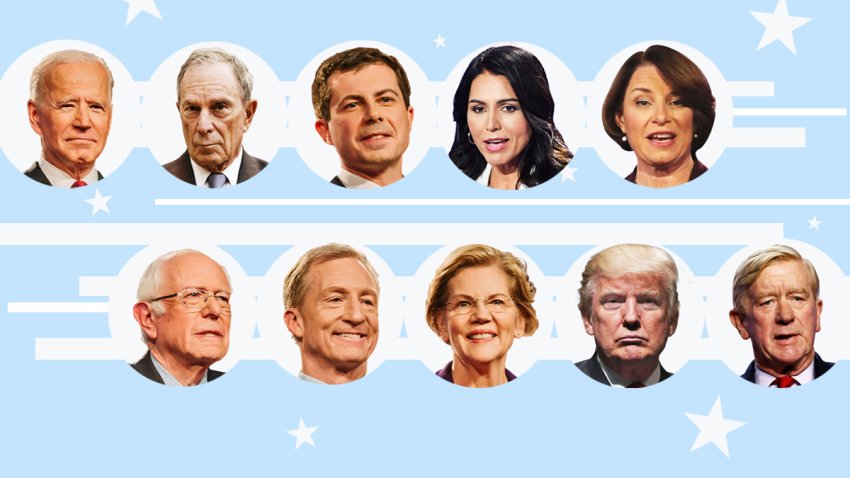 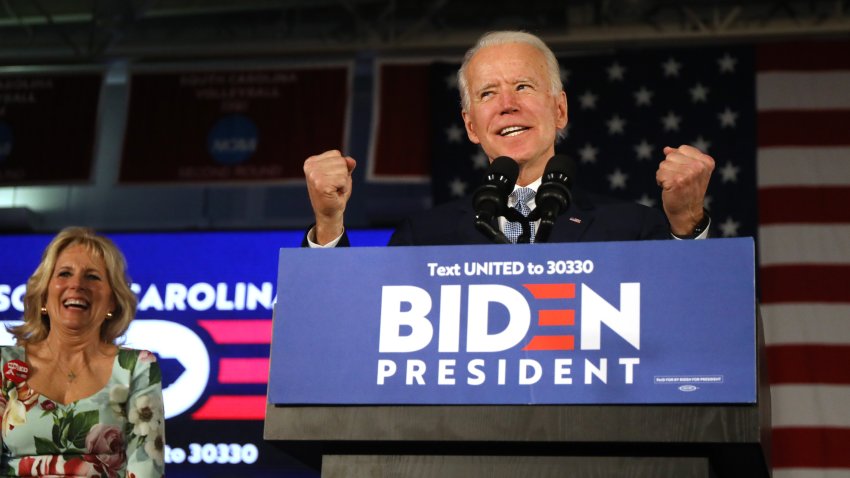 The GOP also allocates delegates through a hybrid process, awarding all of a district's or state's "at-large" delegates to the candidate with the most votes in that congressional district or the statewide results.

About a third of the delegates needed to clinch the Democratic nomination will be on the table Tuesday. For candidates who didn't perform well in the first four primaries and caucuses, Super Tuesday is about more than just racking up delegates — it's about survival.

“Candidates who just haven’t moved by Super Tuesday — 41% of the delegates are gone. You’re not really going to have a chance at the nomination. Your money’s going to dry up very quickly,” Jim Messina, a top aide on both of Barack Obama’s presidential campaigns, told The Associated Press. “I think you’ll soon after see some of these also-ran candidates out of this race.”

Big Super Tuesday wins helped seal the nomination for Republicans George H.W. Bush in 1988, Bob Dole in 1996 and Mitt Romney in 2012. It also helped Democratic senators John Kerry in 2004 and Barack Obama in 2008.

Bloomberg, who joined the race late and skipped the early states altogether, will make his first appearance on presidential ballots Tuesday. The former NYC mayor is hoping his over $500 million ad blitz — more than the next three candidates combined — in Super Tuesday states and beyond will translate into votes and delegates.

Bloomberg's presence in the race has raised concerns he's splintering the moderate vote, paving the way for Sanders to emerge the big winner Tuesday night with the majority support of the party's progressive wing.

Centrist candidates Klobuchar, Buttigieg and Steyer all dropped out of the race over the weekend in an effort to consolidate the moderate vote behind Vice President Biden. Bloomberg told a crowd at a canvassing kickoff event in Virginia that he's "in it to win it," and doesn't plan to exit the race any time soon.

The party's moderate camp is worried Sander's progressive agenda could help reelect President Trump in November and hurt down-ticket candidates in Senate and House races, including many in the districts that Democrats picked up to win control of the House in 2018. Sanders' campaign argues that he is most competitive against Trump in head-to-head polls and will rally new and young voters to his cause.

Sanders is currently leading the delegate race with 60 delegates, followed by Biden with 53 and Warren with eight. Gabbard has yet to win any delegates.

Their ability to win in the general election by appealing to a broad coalition of Democratic voters, particularly black and Latino voters, will be tested Tuesday. Arkansas, Alabama, North Carolina, Virginia and Tennessee have significant black populations and Texas and California are each roughly 40% Latino, according to the AP.

Sanders has predicted victory in California, the day’s largest delegate prize. The state, like delegate-rich Texas, plays to his strengths given their significant factions of liberal whites, large urban areas with younger voters and strong Latino populations.

"We're certainly the biggest prize on Super Tuesday," said Isaac Hale, a political scientist at the University of California, Davis. "We have a very big delegate haul. And if something particularly shocking happens, like Sanders gets an overwhelming majority of the delegates in California, which is possible, that would be certainly California having a huge footprint on the Democratic nomination."

Sanders also enjoys advantages in his home state of Vermont, in neighboring Maine and in Colorado. He is also hoping to make a play in Warren's home state of Massachusetts.

After a blowout victory in South Carolina, Biden enters Super Tuesday confident in his ability to win states that resemble the Palmetto State's demographic makeup: those with large African-American and white moderate populations. That makes Alabama, North Carolina, Arkansas, Tennessee and Virginia potential Biden victories, even in a splintered field.

President Trump isn't facing any major challengers on his road to the Republican nomination. In fact, at least nine states have canceled their 2020 GOP primaries and essentially pledged to give the incumbent all their delegates without a contest.

Trump has been awarded 86 of the 1,276 delegates needed to win the nomination. Former Gov. Weld has won one delegate in Iowa.

Weld, a fierce Trump critic, said in a December interview on the "Fox News Rundown" podcast that he believes he could beat Trump in five Super Tuesday states. He told host Dave Anthony he could best Trump in Massachusetts, Vermont, California, Colorado and Utah. Trump lost to Hillary Clinton in 2016 in all of these states except for Utah.

Weld admits he's running a long-shot campaign, but hopes to provide an alternative to Trump for Republicans "fed up" with the president.

Noreen O'Donnell and The Associated Press contributed to this story