The massive fires in Australia may be under control, but anger from the summer still simmers across the country. A scorched countryside and an ecological disaster are bringing together thousands of displeased concerned citizens to march on Australian capital cities. The masses blasting the lack of action on the climate crisis and demanding that those in charge offer change. The conservative party currently holds political leadership in Australia and many of the country’s citizens are upset with the governments downplay the threat of climate change.

“It’s kind of heartbreaking to see that they’re still not taking it seriously,” said Sarah Perkins-Kirkpatrick, a climate scientist with a focus on extreme weather events. “We’ve been talking about climate change for longer than I’ve been researching, maybe even longer than I’ve been alive, and it seems like it’s falling on deaf ears.”

There’s been no shortage of those in Australia in recent years. 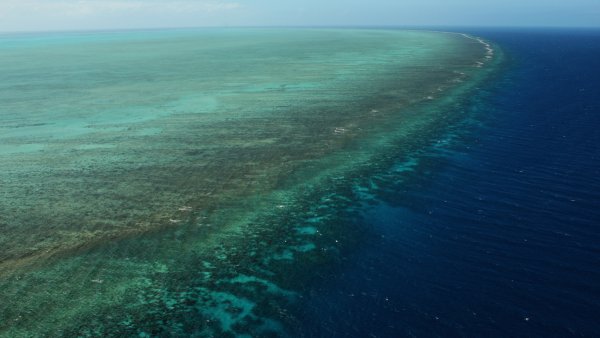 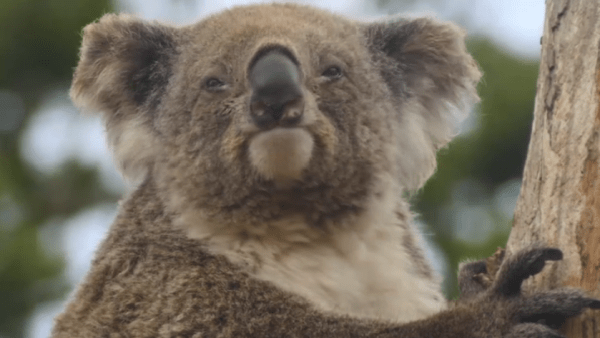 Scott Morrison, Australia’s current prime minister, has been the target of much of the criticism during and after the climate change-fueled fires.

“I think recently there has been a lot of criticism of the prime minister for not taking leadership,” said climate science communicator David Holmes. “He went on holiday during one of the crucial times for the fires when he received a lot of criticism. And I think people link that rightly or wrongly to perhaps him not caring about what’s happening with climate change.”

The global issue has been morphed into a political divide in recent decades.

“I think it’s been made political by lobby groups that have been made for keeping things as they are. Business as usual but also groups that sew a lot of doubt about whether climate change is even real,” explained Holmes.

The shift in the beliefs in Australia have been recent, and climate scientist Michael Mann noted the change with the current administration.

Perkins-Kirkpatrick says she also noticed the transformation in the government’s viewpoint of climate change.

“The government now has changed from climate change is crap which is what the previous PM has said. They’re like, it's happening now but our emissions won’t do much to affect that. They’re coming halfway to the table. They’re admitting there’s a problem but they’re still refusing to fix the long-term solution: the economy and coal. That’s what it comes down to, we will lose too many jobs.”

Coal is a pillar of the Australian economy. It’s the world’s largest exporter of the rock, which is mined in every state in the country.

In 2018, more than 500 million tons of coal was extracted. As a lead in the coal industry, the rock annually rakes in $46 billion dollars on exports. Coal supplies almost a quarter of the world’s primary energy but is burned to do so. As a result, 40 percent of fossil fuel emissions around the globe are from coal.

The cost of climate change, on the other hand, is expected to rise to $26.7 billion annually by the year 2050.

Coal and serious climate change action simply cannot coexist. However, experts explain that the economic void of coal could be filled by a transition into the renewable energy sector.

“The division is really today about climate change versus the economy,” Holmes said. “We depend a lot on extraction industries and fossil fuels are a really big part of our economies. And so that really does affect the politics and it muddies the waters as far as being able to have clear action on climate change but I think any government in Australia is kind of very heavily tied to the problem that the fossil fuel industry is a big part of Australia’s economy and the extractive industry is really big so they’re often walking this sort of tightrope between listening to people’s concerns but also thinking about doing the right thing for the economy.”

Experts stress that the longer Australia's economy relies on coal production, the worse it will make its own climate crisis in the short and long term.

“The smoke affected businesses. Businesses were closed for days on end. It affected people’s health. I don’t think it’s an option for us not to do anything,” said climate scientist Sophie Lewis. “It also affected people’s bottom line. The argument between sides is divided by dollar signs. With so much money at stake, there are plenty of sources that help fuel climate disinformation.”

“Australians are quite divided on climate change,” Holmes said.

“I think part of that is there’s quite a strong climate denial lobby group here. And sometimes the media is a bit divided. The newspaper groups are questioning whether climate change exists and really throwing a lot of doubt about climate change. Some papers have been in denial and some news outlets about how serious the problem is because it means for many that things are going to have to change. Some people don’t want to hear change, so those newspapers were delivering to their audiences as sort of a story where it’s really not climate change, it must be something else.”

Holmes added that the longer these stories dominate news cycles, then the more you are putting the population of your country at risk.

Climate change denialism was on full display during these blazes as the arson falsely being played up as the main instigator.

“Those things have been fact-checked since and shown to be quite exaggerated and really what shines through or what is the dominating factor is climate change,” Holmes said.

Deputy Commissioner of the New South Wales Rural Fire Service has stressed that the world would not be watching Australia in flames if it wasn’t for lightning strikes.

Those who know most about the state of our climate have stressed that moving forward and making changes depends on educating the public.

“We listen to experts for almost anything else, right?” questioned ecological geneticist Madeleine van Oppen. “When a car breaks down, we go to an expert to have it fixed. When we are sick, we go to a doctor who’s trained. So, why not believe the experts when it comes to climate change.”

“I think what’s happening in Australia is there's a lot more concern about climate change particularly because people are noticing more and more extreme weather. And they’re noticing it out their window,” Holmes said.

The political landscape of climate change isn’t only changing in Australia but also the conversation is changing across the country – and in South Florida.

“Climate change is here.  It’s real.  We have to mitigate it – meaning that we have to stop polluting the atmosphere with carbon dioxide emissions. And we also have to start adapting,” said former Republican U.S. representative Carlos Curbelo.

Curbelo says he noticed the change of tune amongst his peers.

“The conversation is changing rapidly. When I got to Congress in 2015, Republicans did not even want to address climate change. They did not want to utter those words climate and change together. Today, those are starting to take this seriously and that’s good news for anyone who wants to get this solved.”

Curbelo explains why the change is finally happening, “number one, the science – every day it’s more compelling. Every day this is less of a debate and we see what the real life impacts of climate change are.” The younger generation may be forcing some of this as well. “The other things that have changed are the politics – this young generation of millennials that are starting to register to vote.. They all want to see the government address climate change and the environment in a meaningful way”

“Five years ago, I arrived in Congress and this issue was dead. It had no life. Today, it’s a discussion. I know we’re in a much better place than we were a few years ago.

However, not everyone is optimistic with the current United States administration rolling back numerous climate regulations and withdrawing from the Paris Climate Agreement.

“Unfortunately, the current administration has shown no interest in acting on climate change and working with our international partners to solve this problem. Instead, Trump has filled his administration with fossil fuel and energy lobbyists who run their energy and environmental policy and it’s pretty clear that they have no interest in actually doing something about climate change,” Mann.

“Well, the president has certainly used rhetoric that contradicts, counters any effort to meaningfully address carbon pollution, even the most prominent denialist, which has been the president – is starting to evolve on this issue,” Curbelo added.

Many wonder what the tipping point will be. Mann says “at some point we have to ask, what is going to take? What is it going to take to get our policy makers to do something about this problem, to stop listening to fossil fuel interests who fund their campaigns actually?”

Curbelo says at the end of the day, “this is not a political issue. This is a human issue and we all have to solve it.”