Island already has COVID-19 testing for all residents and staff

South Florida's exclusive Fisher Island already has enough coronavirus testing for all its residents and staff, and now the wealthy enclave may have millions in federal loan money.

The island, long known as one of the wealthiest zip codes in the United States, was approved for a $2 million loan through a program set up to help small businesses during the virus outbreak, NBC 6 has confirmed.

The Fisher Island homeowner's association is asking residents whether they should accept the funds, and has asked for feedback to be provided by Friday, according to an association email. 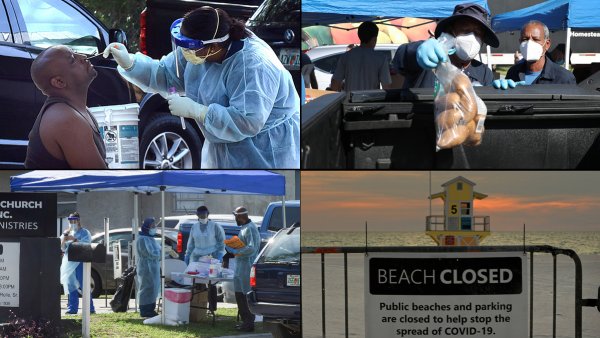 It was unknown how the money might be used by the association, which has until April 30 to accept it.

Last week, it was announced that the island was providing COVID-19 tests to all residents and workers. An island club spokesperson said residents and employees would be given simple blood prick antibody tests, instead of the nasal swab tests.

"Fisher Island Club remains vigilant and continues to actively promote social distancing measures, is encouraging the use of face masks, has closed all Club amenities including golf/tennis/marina/restaurant (takeout only) facilities, and has restricted Island access to only essential personnel and visitors," the island club spokesperson said in a statement.