After months of restrictions due to the coronavirus pandemic, Miami-Dade will begin allowing indoor dining at county restaurants.

Gimenez said indoor dining would be allowed beginning Monday at 50% capacity with up to six people allowed at tables indoors and outside.

"We must however keep our guard up, this does not mean this is over by a long shot, we will need to wear our masks for the forseeable future," he said. 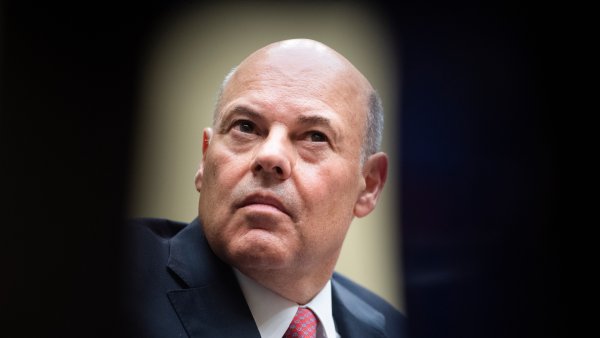 Animal shelters in South Florida and across the country teamed up with NBC and Telemundo stations once again this year to find loving homes for pets in need with the Clear The Shelters pet adoption campaign.

To help individuals and communities continue to practice safe social distancing measures, the stations’ month-long “Adopt & Donate” effort has featured virtual pet adoptions, making it easy for people to donate online to participating shelters and rescues. The campaign kicked off on Aug. 1 and runs until tomorrow, Aug. 31.

Here is a list of all the participating shelters in South Florida, as well as information on how to get in contact with them or begin the adoption process.

Flora Beal from Miami-Dade Animal Services talks about why adopting during the month of August is the best thing you can do for both you and your new forever family member.

Concluding the biggest, costliest boondoggle in agency history, the Miami-Dade Expressway Authority (MDX) has paid $66.5 million to a contractor who successfully sued the agency for breach of contract, wrongful termination and bad faith.

The settlement, signed in May, bars MDX and its former contractor from communicating with the media or anyone else to "discuss (the) agreement and/or the facts or circumstances giving rise to the agreement."

But the NBC6 Investigators team, which has exclusively revealed details of the years-long dispute, independently uncovered the existence of the settlement agreement this week after checking a court docket.

It's the biggest boondoggle in the history of the Miami-Dade Expressway Authority, and the costliest.

On Wednesday, Gov. Ron DeSantis announced Florida will be applying for the Lost Wages Assistance Program, which would add $300 in enhanced federal unemployment benefits to those who are unemployed or partially unemployed because of the pandemic and who are currently receiving at least $100 in benefits every week. FEMA is administering the program and told NBC 6 at least 32 states had been approved for the grant so far.

State Senator Jason Pizzo, who represents District 38, said it would likely be at least a week before those who qualify for the additional funds start to see the money.

“Which is really unfortunate because that’s going to put us past the end of the month when people are going to owe rent again,” Pizzo said.  “Remember you have thousands of my constituents who owe rent on the first without a moratorium extension, without this money in hand – and that’s really the issue. The governor took a long time to make this decision.”

Earlier this month, President Trump signed an executive order that would provide enhanced federal unemployment benefits for millions of people. Florida just announced plans to apply for that program. And, as NBC 6 Responds’ Alina Machado explains, the funds can’t come soon enough for those who are still unemployed.

The FBI is looking for the driver and occupants of a car that was at the Hollywood gas station where a young mother who vanished last month was last seen.

The vehicle, a gold Honda 4-door sedan, was seen parked near the fuel pumps of the RaceTrac gas station at 5800 Hollywood Boulevard the night of July 27, FBI officials said Monday. The Honda sedan has visible damage to the left rear bumper, officials said.

Investigators believe the occupant or occupants of the car may have witnessed something related to the disappearance of 21-year-old Leila Cavett.

Officials have been searching for Lelia Cavett since her young son was found alone in Miramar late last month.