‘Oh My God, They're Shooting': 911 Calls Capture Chaos of Deadly Shooting in Broward

One of the victims died, and the other is in stable condition.

Frantic 911 calls capture the chaos as several victims were shot in their cars early Monday morning in Broward County.

“Somebody was shooting at another car, and they shot our car and another person,” said one woman in a call to dispatchers. 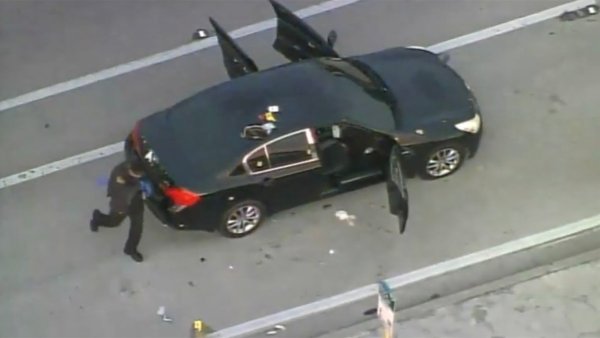 Three women in a black Infinity noticed two cars speeding behind them, flashing their lights.

According to the police report, two of the women inside the Infinity were shot and rushed to the hospital in critical condition.

One of the victims died, and the other is in stable condition.

Miramar Police said that while they were investigating the shooting, they received word that the suspect vehicle was involved in another shooting in Davie that left a third woman hospitalized with non-life-threatening injuries.