Victims, family members and supporters of those impacted by the Surfside condominium collapse gathered Thursday to advocate for a fitting memorial at the site of the tragedy.

The lives of 98 people were lost in the June 24 collapse of the Champlain Towers South condo building. 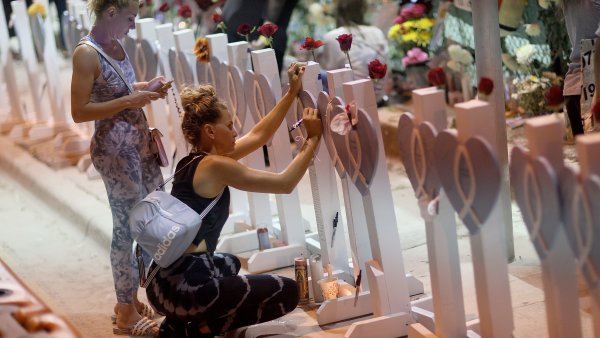 There's currently a hole in the beachfront skyline where the 12-story building once stood, as the property remains the subject of ongoing court hearings.

The land is now under a proposed contract for $120 million, and the unidentified bidder will have two months to check out the land and zoning.

NBC 6's Nicole Lauren has more after a plan to swap sites with the city's community center was turned down.

In about five months, an auction will be held where others can bid more than $120 million.

Earlier this month, commissioners in Surfside rejected a proposal to trade public beachfront to the eventual buyer of the condominium collapse site so that a memorial to the victims could be built there.

The judge overseeing lawsuits stemming from the collapse, Michael Hanzman, has said the focus is on selling the real estate to the highest bidder to generate as much money as possible for the victims.

The total amount of money that may be available and how much each condo owner receives will be determined in the future.