Why Isn't the AstraZeneca Vaccine Approved in the U.S.? What to Know About Each Vaccine

AstraZeneca, Johnson & Johnson, Pfizer, and Moderna, here's what we know about each COVID-19 vaccine

As more and more vaccine doses get injected, local and state leaders in Florida have started to express optimism about how life could start to return to normal in the U.S. over the next few months.

"Just think of where we were a year ago," Gov. Ron DeSantis said at a press conference last week. "Nobody knew anything, we had zero treatment that had been proving. People were saying the vaccine would take years. So I think there's a lot to be thankful for."

Nonetheless, health experts have warned that the way forward will rely on several factors, including how strictly people continue to adhere to coronavirus safety guidelines, as well as how vaccines react to variants.

"I think everyone needs to be very clear that in South Florida, we are worse today than we were in September," Dr. Aileen Marty told NBC 6 last week. "So we are definitely not out of the woods."

"We have these variants in circulation that can cause problems. But we are moving in the right direction, and the faster that we can get vaccines in arms, the better off we're going to be as a community," she continued.

There are currently three vaccines being administered in the U.S. and Florida, those from Johnson & Johnson, Moderna and Pfizer. A fourth vaccine, AstraZeneca's, could hit the market soon as well, though the company hasn't filed an application with the FDA yet.

Here's what we know about each of the coronavirus vaccines, and where they're being distributed. 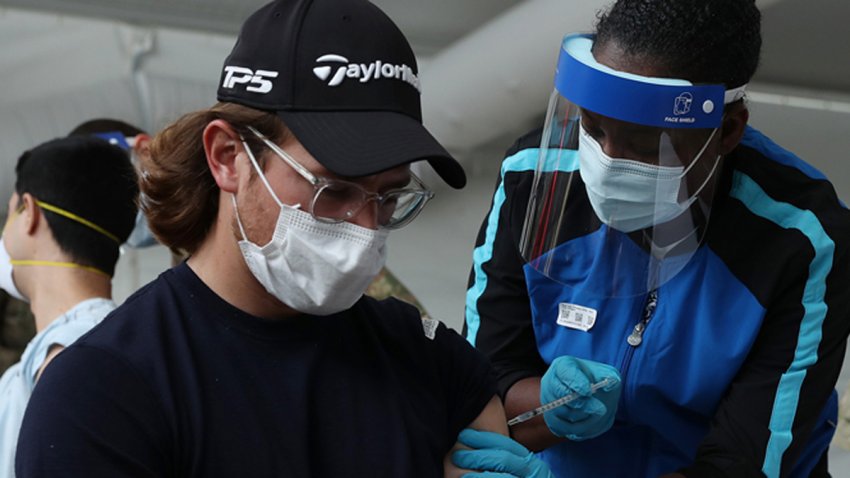 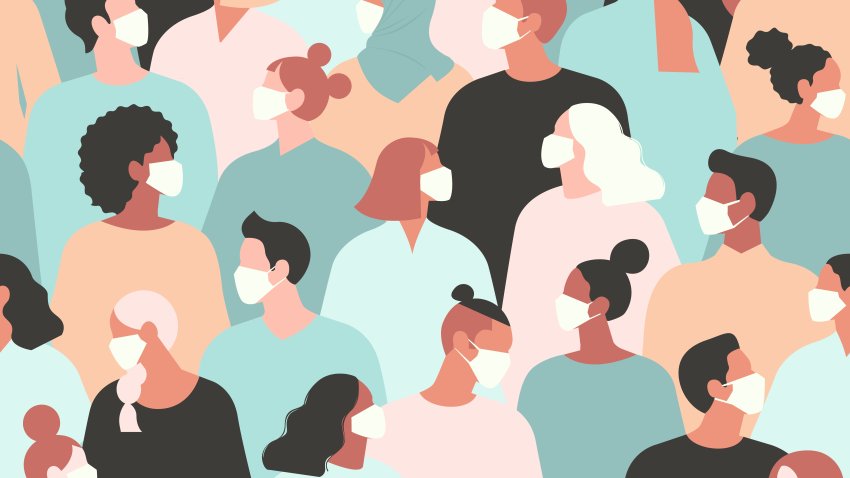 What Is Herd Immunity? Why Vaccines Are ‘Crucial' in Achieving Biological Phenomenon

Several countries around the world have begun administering the two-dose viral vector vaccine developed by AstraZeneca and the University of Oxford. It can be stored in regular fridge temperatures, and preliminary results have showed that it can be as much as 90% effective.

But after reports of blood clots in some vaccinated patients, several European and African governments have halted rollout out of an abundance of caution, inciting criticism from health experts.

Denmark, Norway, Iceland, and Bulgaria have halted all vaccinations, while Italy, Romana and Austria stopped using shots from particular batches, and Thailand and Congo delayed rollout. France, Poland and Nigeria said they'd continue to administer the vaccine as regulators investigate the cases in question.

The AstraZeneca COVID-19 vaccine has been suspended by some European countries after blood clots were reported in some patients who received it. Regulators are now working to determine if those clots were due to the vaccine or just coincidental. Dr. Michelle McMurry-Heath, an immunologist and CEO of the Biotechnology Innovation Organization, explains how the AstraZeneca differs from the other available vaccines and why she believes it will be ruled safe.

AstraZeneca said on its website that there have been 37 reports of blood clots out of more than 17 million people vaccinated in the 27-country European Union and Britain. The drugmaker said there is no evidence the vaccine carries an increased risk of clots.

The European Medicines Agency and the World Health Organization have also said that the data does not suggest the vaccine caused the clots and that people should continue to be immunized.

Though there are concerns the AstraZeneca vaccine may not be fully effective against the South Africa variant, U.S. health experts estimate that it could hit the American market in April.

For now, the company hasn't filed for authorization in the U.S.

One dose was 85% protective against the most severe COVID-19 illness, in a massive study that spanned three continents — protection that remained strong even in countries such as South Africa, where the variants of most concern are spreading.

Some of the benefits of the J&J vaccine is that it only takes one dose, and can last three months in a refrigerator. Like the other vaccines, though, it's unknown if it prevents spread of the virus by people who are asymptomatic.

The emergency authorization of the Johnson & Johnson vaccine means that there are now three COVID-19 vaccines in circulation. And the J&J shot differs from the Pfizer and Moderna vaccines in some important ways that may make it a game changer. NBC News medical correspondent Dr. John Torres joined LX News to explain.

The main side effects of the shot include pain at the injection site, and flu-like symptoms such as fever, fatigue and headaches.

In Florida, DeSantis initially said that stock of the J&J vaccine had stopped coming in "for the foreseeable future," but announced the upcoming arrival of 42,000 doses Friday.

Stores that offer it as part of a federal program could also have stock, like Publix, which offers appointments for J&J doses if you schedule on a Wednesday.

The Pfizer-BioNTech and Moderna vaccines differ from traditional vaccines in their use of mRNA. Instead of introducing a weakened or an inactivated germ into your body, this vaccine injects mRNA, the genetic material that our cells read to make proteins, into your upper arm muscle.

It teaches your body how to make the protein that triggers antibody production so if the real virus later enters your body, your immune system will recognize it, according to the federal Centers for Disease Control and Prevention.

A new study suggests that Pfizer/BioNtech's coronavirus vaccine appears to work against new variants that have begun circulating in the U.S. The study has not been peer-reviewed or published in a medical journal.

Both vaccines require two shots and must be kept frozen. That's why some people have gotten lucky with spontaneous vaccine offers when patients didn't show up for their appointments: it goes to waste quickly if not held at the right temperature.

Pfizer's vaccine doses are meant to be distributed 21 days apart, while Moderna's should be 28 days apart. Like the J&J vaccine, Pfizer and Moderna's shots could both cause pain at the injection site, as well as fever, fatigue and headaches.

The two vaccines are much easier to find at county and state operated sites in South Florida, as well as at retail shops like Publix and Walmart that are offering appointments.