The shooting took three young lives, two men and a woman attending what was to be a release party for a local rapper

The May 2021 mass shooting outside a northwest Miami-Dade banquet hall took three lives, injured 20 – some of them severely – and put law enforcement on high alert for what could have become a bloody gang war over the rest of 2021.

But, based on interviews both inside and outside law enforcement and a review of crime statistics, the NBC 6 Investigators found that apparently did not happen.

What did happen, our investigation found, has cost lives, caused suffering, changed policing and altered the career paths of two veterans of the Miami-Dade Police Homicide Bureau. 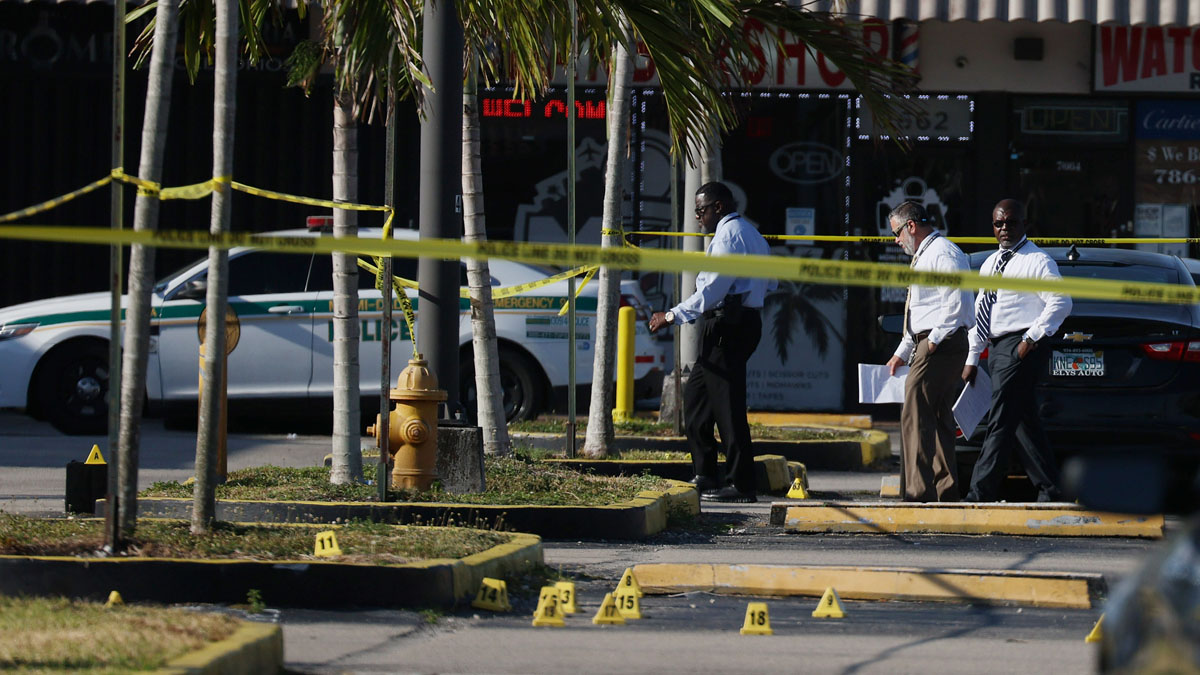 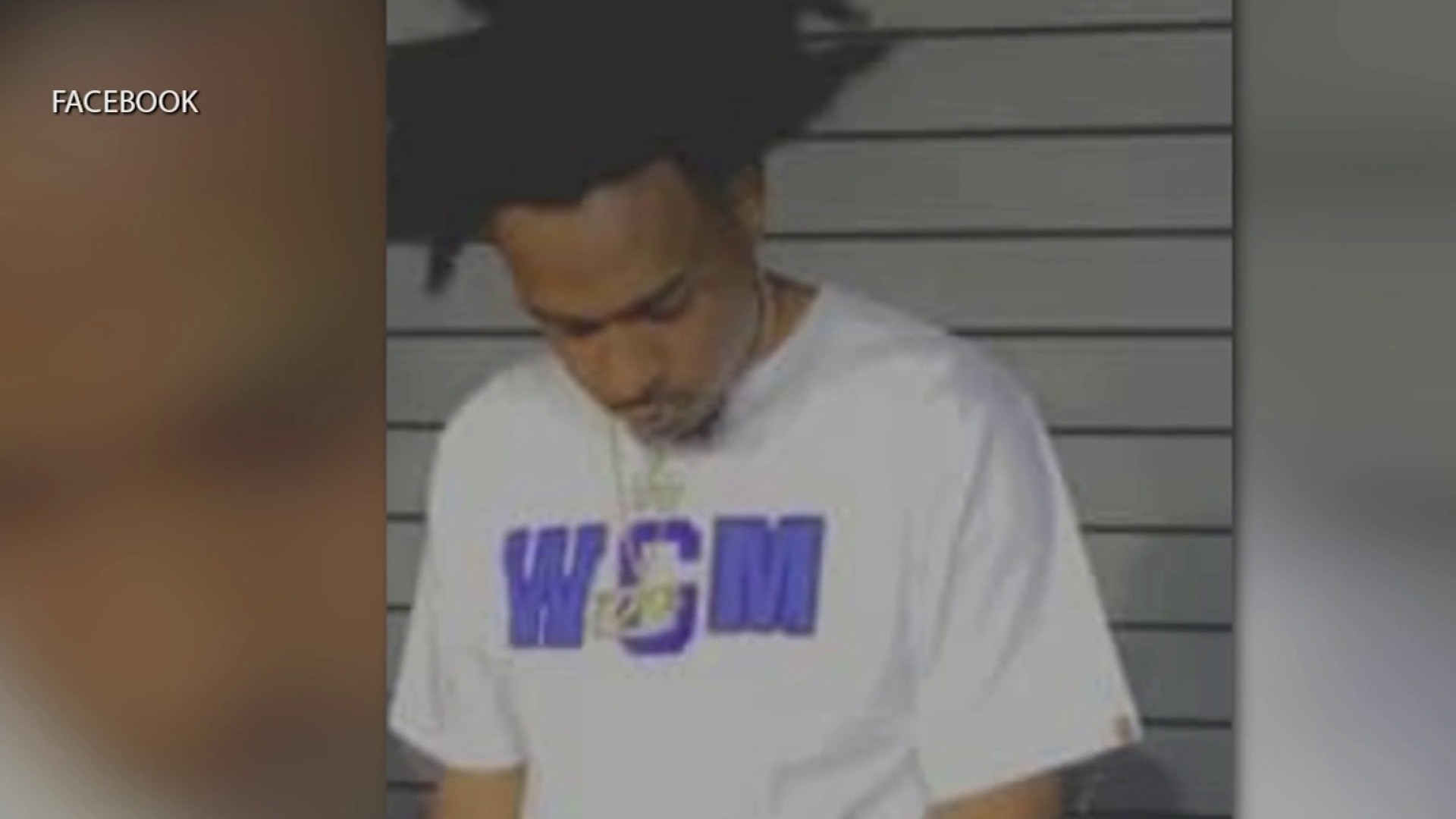 Most importantly, the shooting took three young lives, two men and a woman attending what was to be a release party for a local rapper at the El Mula banquet hall; 20 others were injured, some of them left paraplegic or otherwise carrying the daily pain and suffering that comes with the gunshot wounds.

When three men emerged from a stolen SUV and unleashed the gunfire that sent dozens scrambling for their lives just over one year ago, gun crime had been surging in Miami-Dade County.

Yet, even as the father of one of those killed screamed out for revenge – “you’re going to pay for this,” he wailed while surveying the scene the day after -- police and community leaders called for calm amid the threatening storm.

And, Perez said, it wasn’t just for show.

And the El Mula shooters provided intelligence in ways they could not know.

The shooters covered their faces and tried to cover their tracks, but one thing they couldn’t cover up were the shell casings left behind on the sidewalk and parking lot outside El Mula: 99 casings connected to nine firearms, some used by victims and their associates shooting back at the killers.

Almost immediately, the Miami-Dade Forensic Services Bureau began comparing ejection markings or firing pin imprints on the evidence left behind. Within weeks, they had connected five of those casings to six prior shooting scenes, according to an intelligence document obtained by the NBC 6 Investigators.

And two of the El Mula casings traced back to guns used in January 2021: the murder of a man in Opa-locka and, on January 16, the murder of six-year-old Chassidy Saunders in the city of Miami.

Chassidy was shot in the head by a masked gunman who sprayed the area outside a birthday party she was attending. Her murder is still unsolved.

The presence of the casings doesn’t prove a shooter there was the same shooter at El Mula, of course.

“What we’re saying is we can empirically, scientifically say that this weapon was used in another crime scene,” Perez said of the forensics work.

Often, Perez added, in retaliation – something participants in Operation Summer Heat had vowed to interdict.

Ten days after the shooting at El Mula, it appears the Miami-Dade Police Gang Intervention Unit may have done just that.

Tipped off to potential gang retaliation, the gang unit staked out a funeral home, the scene of a gathering they suspected was either being cased or attended by potential shooters.

After pulling over a suspicious vehicle, they arrested Khalil Clark, 24, who police say possessed a Glock 22 converted to be fully automatic with a high-capacity magazine. He pleaded not guilty to the charge of possession of a firearm by a convicted felon and is awaiting trial.

According to police, he was at El Mula the night of the mass shooting, but not as a suspect.

He was a victim, shot in the leg and back.

From the start, police said they were concerned the El Mula shooting could trigger a retributive, bloody gang war.

But that apparently did not happen.

“No, fortunately the response was appropriate and adequate and we’re seeing the benefit of that sustained crime drop over time,” said Alex Piquero, chair of sociology and criminology at the University of Miami. He says crime statistics bear that out.

Shootings are down 34% this year compared to last, according to the Miami-Dade Police Public Information Bureau.

In the months after El Mula, shootings in the county were down even more: a 49% drop from June 4, 2021 through the end of last year, compared to the same period in 2020.

Compared to what’s being seen around the country, he added, “It’s the exception and not the rule.”

“This is going to be the new normal in policing and law enforcement in Miami-Dade County,” he said.

Assisting that effort is intelligence like that in the Spider Web analysis.

“When you put people together, you’re putting guns together,” Piquero said. “The gun that’s going to be used tonight was used last week and two months ago, and it was given from this guy to this person to this person. So this is really important intelligence that we don’t see.”

There’s something else we haven’t seen out of the El Mula mass shooting: a murder charge pending against any of the three men who emerged from that stolen Nissan Pathfinder last May 30 and opened fire.

One man, who police allege was a lookout who relayed the presence of a target to the shooters, has been charged with three counts of murder and 20 counts of attempted murder. He has pleaded not guilty and is awaiting trial.

But none of the actual shooters is currently charged in the crime – a failure police say led to a shake-up within the MDPD Homicide Bureau.

A BREAK IN THE CASE

It was the break police had sought for four months.

Their investigation had led them to Warneric Buckner, a former Norland Senior High School football player who had turned 20 years old days before the shooting.

He was picked up October 6 and brought to the Miami-Dade homicide bureau where another former Norland football player, Det. Richard Raphael, was waiting for him.

“Am I, like, going to jail?” Buckner asked, in the interrogation video obtained by the NBC 6 Investigators.

“It all depends on what you tell me,” Raphael replied. “We’re gonna talk about a whole lotta things, alright? Like I said: I just want you to be truthful with me, alright?”

And they talked, for over an hour, including a discussion on refrigeration requirements for coffee creamers and the merits of French vanilla versus plain original.

After being plied with coffee and creamer, Raphael poured on some fatherly advice: “I want to know more about you because at the end of the day you’re old enough to be my son, alright, and if I can help you, I'm going to help you.”

It took 75 minutes, but police alleged Buckner finally broke, admitting he was the shooter who emerged from the front passenger door carrying a semi-automatic rifle and opening fire and naming the other two shooters.

Information that, from that source anyway, will never see the inside of a courtroom.

AN INTERROGATION GONE TOO FAR

In the interrogation video, you can see how Buckner’s claims of ignorance and innocence give way to confidence that he can talk to Raphael and his partner without a lawyer present.

One hour in, they ask him to read aloud his Miranda rights from a form.

“You have a right to remain silent and do not have to talk to me if you don’t wish to do so,” he said haltingly, prompting Raphael to joke that his reading abilities were perhaps not making Norland proud.

Two minutes later, he reads, “Knowing these rights, are you now willing to answer my questions without having a lawyer present, present?”

A pregnant pause, and then Buckner said: “I’d rather have a lawyer.”

“You’d rather have a lawyer?” Raphael’s partner repeats, later shooting the more senior detective a look.

“Yeah, ‘cause I don’t know what we’re even talking about," Buckner said.

“No. I ain’t got nothing to worry about,” Buckner responded.

“So then just sign your name,” Raphael said, indicating the rights form.

Instead, Buckner asked for a lawyer again.

“I’d rather have a lawyer, like, my mom always taught me that.”

The back and forth continued, without mention of the words “El Mula” or any other reference to the mass shooting four months earlier.

Buckner asked: “So at this time, I’m not being arrested?”

“At this time? Right now? This second? No, but maybe when we step out here and talk and look at all the evidence that we have, maybe,” Raphael intones.

“The question is do you want to talk about this case or not?” Raphael presses. “It’s a yes or a no.”

“Yeah, we can talk about it,” Buckner relents,10 minutes after he first started reading himself his rights.

“Just tell us the truth,” Raphael advises. “You ever heard the truth will set you free?”

What ultimately set him free has its roots in the 1966 landmark Supreme Court case Arizona vs. Miranda, a staple of pretty much every police show one may have watched since.

After watching that interrogation, prosecutors with the Miami-Dade State Attorney's Office in December dropped the case against Buckner, saying “case law clearly mandates the exclusion of the statement.”

Asked when the questioning should have ceased, Fingerhut referred to the first time Buckner said “I’d rather have a lawyer,” and then confirmed it.

“Ballgame,” he said. “Of all the things Miranda still stands for is that you don’t mess with the basic warnings and this was as basic as you get.”

And, he noted, Buckner repeatedly invoked his right to have an attorney present.

“It was clear four times over,” Fingerhut said, “and that’s the reason why I imagine the prosecutors said, as much as this person should be prosecuted, we didn't make the case the right way and so for the time being anyway we got to let this guy go.”

He praised the prosecutors’ integrity, saying, “The state did the only thing it could do because there's no way any judge would let that statement in.”

Back at Miami-Dade Police headquarters, Director Perez, put mildly, was not pleased.

But he did not let Raphael’s actions go unanswered.

“If we’re a part of not making it the best prosecutable case, then we failed and we have to take action and that’s exactly what I did,” he said. “Those individuals were transferred out of the homicide unit. They were disciplined appropriately as well.”

Both Raphael and his supervising sergeant, Douglas McCoy, were moved to road patrol as a result. Requests for comment from them through the department’s public information office were declined.

The less senior detective in the questioning was not disciplined and remains in the homicide bureau.

While the specifics of what Buckner said in his confession can’t be used against him, both Perez and Fingerhut agree it’s not over.

“He’ll always have to worry about independent evidence coming forward,” Fingerhut said, “maybe when one of the other defendants, suspects (ends up) cutting some kind of plea bargain and testifying.”

As for Buckner, his troubles didn’t end there.

A federal grand jury in March indicted him on seven counts related to identity theft. He's pleaded not guilty. His federal public defender declined to comment.

NBC 6 Investigators also went to an address listed for him and no one answered.

But during his detention hearing, the U.S. Attorney’s office did mention his alleged role in the El Mula shooting to the magistrate, who granted Buckner’s pretrial release.